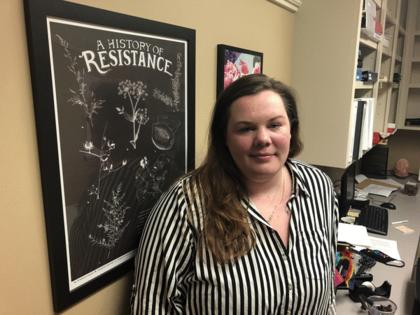 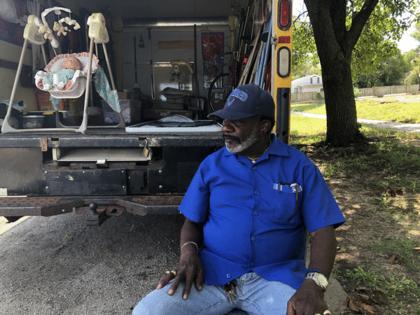 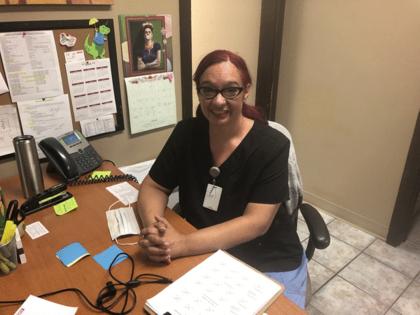 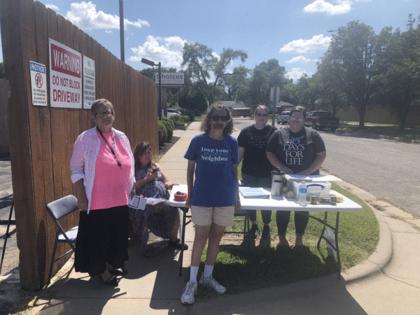 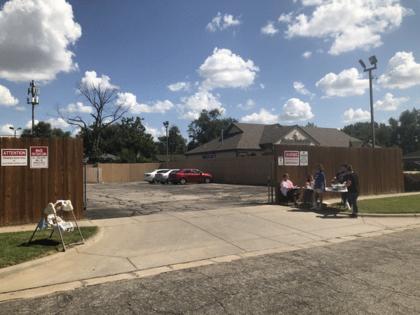 WICHITA, Kan. — Of the 25 patients who showed up at Trust Women Wichita clinic in Kansas for abortions last Thursday, 10 drove hundreds of miles north from Texas, traveling farther and at greater cost because of a new law in the Lone Star State that in effect banned abortion, dramatically expanding the nation's largest "abortion desert."

Outside the clinic, several anti-abortion protesters lingered with a doll set up in a baby swing, trying to hand pamphlets to women as they drove into the parking lot already full of vehicles with Texas license plates.

Meagan, who asked to be identified only by her first name, said she traveled to the clinic from Texas after receiving a positive pregnancy test the day the law took effect, Sept. 1. She was already beyond six weeks pregnant, which generally coincides with the limit set by the new law.

"The timing could not be worse; I missed the window," said Meagan, 36.

While some Texas women can afford to fly farther afield — and more already are traveling to California — most drive to neighboring states for abortions. Trust Women expected to see just as many Texas patients on Friday at their clinics in Wichita and Oklahoma City, which have booked appointments into October. Staff members were unsure what will happen after that.

The Texas "heartbeat law" was designed to ban abortion when fetal cardiac activity can be detected, usually around six weeks. The Texas governor is set to sign another law banning the mailing of abortion medication and distribution to those more than seven weeks pregnant.

In Oklahoma, a "heartbeat law" similar to the one in Texas is set to take effect Nov. 1. Kansas lawmakers put an anti-abortion amendment to the state constitution on the ballot next year.

The U.S. Supreme Court declined to block the Texas law, but plans to consider a Mississippi case challenging the landmark Roe v. Wade decision next month, with a ruling likely by June that could allow anti-abortion laws to take effect in half the states.

"A lot of people are looking to this clinic as a haven," said Ashley Brink, director of the Wichita clinic, which is adding staff and supplies and renovating to serve more Texas patients. "They have all of these questions, they're scared and confused; they don't know what's going on."

Trust Women saw a similar influx of out-of-state patients last year, when the governors of Oklahoma and Texas suspended abortions as elective procedures during the pandemic (the courts ultimately reversed them). But Texas' abortion ban is the most restrictive enacted since Roe v. Wade.