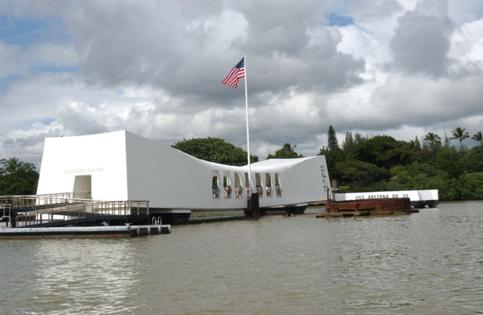 COLORADO SPRINGS, Colo. — A Colorado man is determined that human remains from the USS Arizona are DNA tested and identified after a Pentagon agency in February suggested exhuming 85 gravesites marked “unknown” and entombing the dead in the sunken battleship at Pearl Harbor.

Randy Stratton — son of Donald Stratton, who survived the surprise attack the morning of Dec. 7, 1941, aboard the USS Arizona despite suffering burns to more than 60% of his body — wants descendants of the deceased to decided what happens with the remains. And because of the actions of U.S. Rep. Doug Lamborn, R-Colo., that may be a possibility.

Lamborn added an amendment to the National Defense Authorization Act earlier this month proposing that all USS Arizona unknowns buried at the National Memorial Cemetery of the Pacific at Punchbowl Crater in Honolulu be identified.

Lamborn is also asking that the Defense POW-MIA Accounting Agency — which is tasked with locating, recovering and identifying deceased military personnel from war zones throughout the world — allow assistance from the private sector to identify the dead.

Lamborn is confident the amendment has strong support, and he doesn’t expect any problems on the House floor.

“I hope this brings closure to the families,” he said.

When the USS Arizona was hit by a bomb that ignited the ship's own forward ammunition magazines, temperatures reached as high as 8,000 Fahrenheit — three times that of lava — cremating most of the crew, Jay Blount, a spokesman for the Pearl Harbor National Memorial, told TIME Magazine in 2019. Of the 1,512 crew, 1,177 died, including more than 900 who went down with the ship and are entombed.

When the Defense POW-MIA Accounting Agency received pushback about the idea of entombing the USS Arizona unknowns, the organization decided not to try to identify them at all, according to Stratton, who said that created more problems, since the agency had already identified unknowns from other ships, including the USS Oklahoma, another casualty of the Pearl Harbor attack.

That’s when Stratton, who recently moved from Colorado Springs to Castle Rock, reached out to Lamborn.

“When you say no man left behind, Doug Lamborn took that to heart and made sure that the family members are going to be able to see their loved ones honored,” Stratton said. His father, Donald Stratton, died in February 2020 at the age of 97.