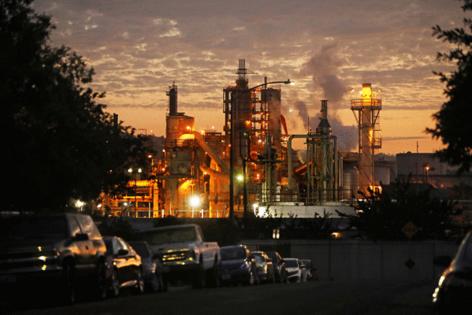 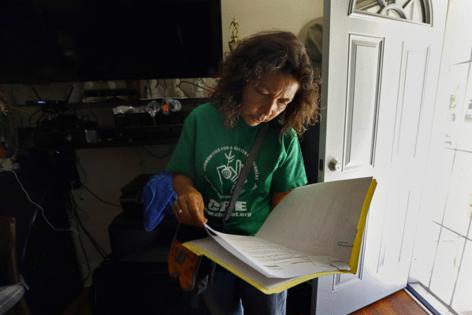 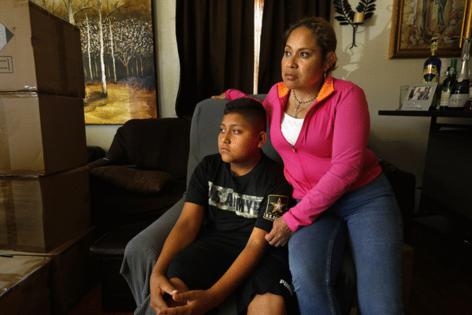 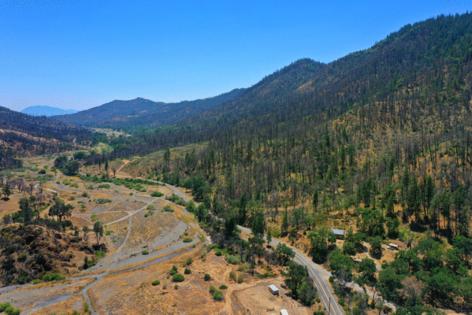 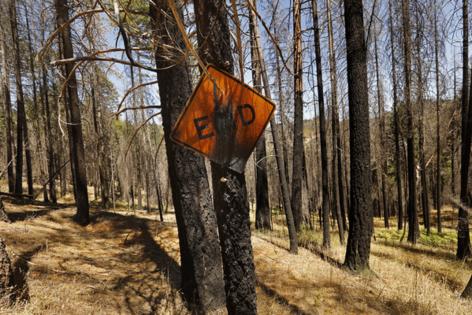 As fire ripped through the Mendocino County hills the summer of 2018, burning a vast expanse of forest and turning buildings to ash, a curious thing was happening at Eddie Ranch, a sprawling property scorched by the flames.

Its owners were petitioning the state to allow it to be paid millions to preserve trees destroyed by the inferno.

Eddie Ranch said the trees would fight climate change, asserting in its application for California’s carbon “offset” program that they would absorb some 280,890 tons of greenhouse gases. Polluters use the program to outsource their obligations to fight global warming: The credits purchased from faraway forests allow them to claim greenhouse gases they release at their facilities are not hurting the planet.

The bulk of the Eddie Ranch carbon credits would be bought by PBF Energy, which was looking to erase — on paper — emissions from its hulking oil refineries in Torrance and Martinez and the gasoline they sell to the motoring public.

Incinerated trees, of course, can’t help the climate. But months after the 2018 fire that burned enough of Eddie Ranch to make nearly all of its planned carbon credits useless in the fight against global warming, the state of California allowed the operation to sell those credits to polluters, basing its decision on the state of the ranch before the fire.

“How do they get away with this stuff?” said Ricardo Pulido, executive director of the nonprofit Community Dreams in Wilmington. The South L.A. clean-air activist is among many exasperated that state climate laws allow oil companies to use the arcane offset system to pollute in communities like his.

PBF said it purchased the credits without checking their origin, and thus was unaware they were linked to Eddie Ranch.

Eddie Ranch was one more puzzling transaction at a time the state’s entire multibillion-dollar market of carbon offsets — most of them generated in distant forests — is under siege.

To comprehend what went down at Eddie Ranch, said Grayson Badgley, a postdoctoral fellow at Columbia University and Black Rock Forest in New York’s Hudson Valley, “imagine a general contractor finalizing the sale of a soon-to-be-completed home while the house under construction is actually in flames.”

California is leading the world in confronting climate change. Its push toward renewable electricity is inspiring other states and countries to step up their goals. The state’s strict rules on tailpipe emissions and its plans to ban sales of new gas-powered cars and SUVs by 2035 are forcing the auto industry to reckon with its outsize role in global warming.

SAN JOSE, Calif. — A fan died Sunday night after he fell during a concert by the popular jam band, Phish, at San Francisco’s Chase Center, and two other people were injured later in an unrelated fall.