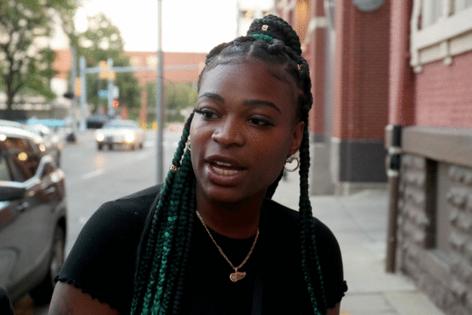 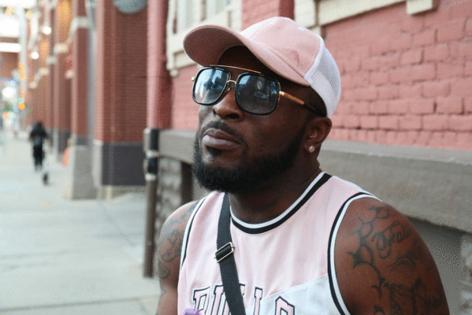 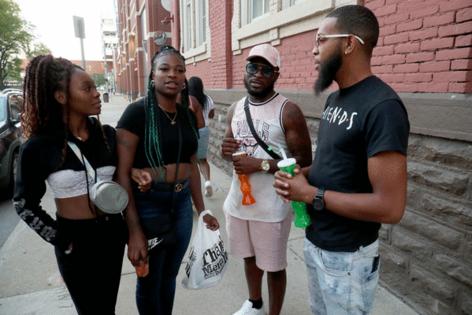 DETROIT — On a recent muggy Sunday evening, four Detroiters decided it was time to hang out again downtown.

Khadeeja Abdulrafee, Aminah Doukoure, Santonio Williams and Steven Pharker, who had been friends for years, believed it would be a great day to party in the streets because everyone was off work the next day, Labor Day. While they walked up alongside Greektown Casino, the pack — all smiles, laughter and chatting while drinking alcohol disguised in traveling cups — seemed to have a lot in common.

That is, except one thing: the COVID-19 vaccine.

"I feel like you're compromising your body itself with getting the vaccine," Williams, 29, said to the group. "You never had that vaccine before now so whatever they are putting in that medicine has never entered your body."

Pharker, 30, who is vaccinated, replied to Williams: "So you don't think it's safe?"

"No, I do not," Williams and Abdulrafee said in unison.

Despite widespread efforts to vaccinate Detroiters against the coronavirus, young people remain divided over the issue among even close friends, keeping the city far behind its goal.

More than 43% of eligible Detroit residents have received at least one vaccine dose, but that figure trails surrounding suburban counties and the state as a whole by significant margins. The city's older population — those between ages 65 and 74 — has the best performance, with nearly 70% notching their first dose. So it's much younger people, especially those in their teens and 20s, who have fallen far behind, keeping the city's overall progress depressed, city records show.

"We want to reach 70% of community immunity and we just aren't there yet," said Denise Fair, chief health officer of the Detroit Health Department.

There are about 106,000 out of 639,111 residents in the city who are in their 20s. Less than one out of every five of them have been vaccinated. The ages 12 through 15 set is bringing up the rear with the lowest vaccination rate, though vaccines were only authorized for the younger group in May.