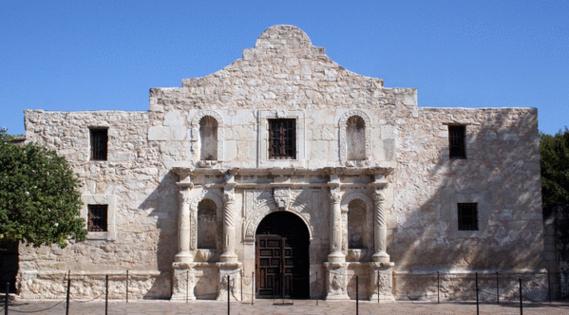 SAN ANTONIO, Texas — Should William Barret Travis, whose name is enshrined on schools, monuments and public buildings across Texas, continue to be honored solely as the valiant commander who led vastly outnumbered defenders of the Alamo in their doomed 13-day siege in the 1836 battle for state independence?

Or should he also be seen through another lens — that of a “pompous, racist agitator” helping lead a revolt by Texas colonists primarily to preserve slavery in what was then an outlying part of northern Mexico?

That second description comes in a recently published book that is fanning a new battle of the Alamo over the causes and details of an event that has been at the center of Texas popular culture for generations. And the debate surrounding the book’s conclusions — along with other critiques of the Alamo narrative — echoes the question increasingly bubbling up in legislatures and school boards around the country: How should we teach and remember the nation’s unflattering history?

The authors write that it’s time to dismantle the “Heroic Anglo Narrative” that they say has obscured the importance of Hispanic, Black and Native American people in Texas’ history. Nor, they add, should the Alamo, which draws more than 1.5 million visitors a year, continue to be hailed as the "shrine of Texas liberty.”

The authors and their myth-busting have ignited a fierce pushback from Texas political leaders and modern-day defenders of the Alamo at a time when Texas’ best-known landmark is undergoing a nearly $400 million renovation.

“People would rather fight about the Alamo than fight for the Alamo,” said Douglass McDonald, former CEO of the Alamo Trust, a nonprofit that manages the monument on behalf of the Texas General Land Office. McDonald, who worked on redeveloping the Alamo before leaving in 2020, said the book’s arguments give more attention to those “who disparage the Alamo than to the many of us who advance the full history” of the landmark.

The controversy engulfing the centuries-old site is part of a much larger national reckoning over monuments and statues that critics say wrongly honor Confederate leaders and others who contributed to a shameful legacy of racism and social intolerance.

In Richmond, Virginia, workers last week removed one of the country’s largest Confederate monuments, a towering statue of Gen. Robert E. Lee. Rhode Island voters in November approved a ballot measure to remove the words "Providence Plantations" from the official state name. And countless schools and roads have been renamed in recent years. But such moves have drawn pushback from critics who argue that today’s standards shouldn’t be applied to historical figures and phrases.

Tense confrontations erupted at Alamo Plaza in May 2020 following the police killing of George Floyd in Minneapolis. Protesters demanding an end to police brutality faced off against Alamo defenders who call themselves the This is Texas Freedom Force, some of whom wore body armor and carried weapons. Graffiti spray-painted on the Cenotaph, a monument bearing the names of people who died at the Alamo, read, “white supremacy, profit over people, the ALAMO.”