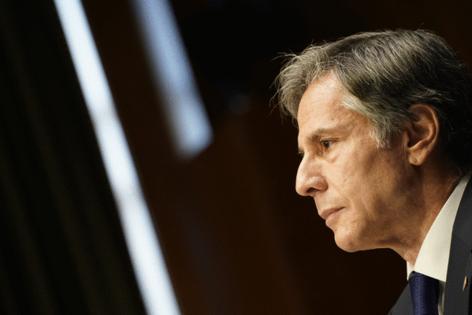 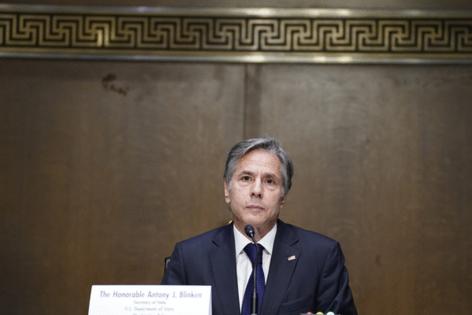 WASHINGTON — For the second day, Secretary of State Antony J. Blinken on Tuesday confronted a barrage of questions from U.S. lawmakers about last month’s U.S. withdrawal from Afghanistan and the attempts to rescue people and deal with a future Taliban government.

Blinken, testifying before the Senate Foreign Relations Committee, repeatedly defended the evacuation operation by the State Department and U.S. military that airlifted more than 124,000 people, including almost all 6,000 U.S. citizens believed to be in Afghanistan at the time, as well as vulnerable Afghans.

Republicans especially have been hammering the administration for what was a chaotic withdrawal that ultimately stranded thousands of people attempting to escape and saw a suicide bombing purportedly by Islamic State militants that killed 13 U.S. service men and women and nearly 200 Afghans.

“There is not enough lipstick in the world to put on this pig,” said Sen. James Risch of Idaho, the ranking Republican on the committee.

''While I supported a responsible end to the war in Afghanistan, no American thinks we should have left this way,” Risch continued before pursuing a tangential line of questioning over whether aides had cut off President Joe Biden in his public comments. “America cannot end wars simply by walking away.

Blinken noted that it was the Trump administration that struck a deal with the Taliban that paved the way for the Islamist organization’s return to government. The Trump administration also all but shut down the program to issue visas to Afghan interpreters and others the U.S. now wants to rescue. The secretary made the same points Monday before a House committee.

Blinken also faced questioning on how it will be possible to deal with a Taliban-led Afghanistan government, which so far has shown itself to be the same as when it ruled the country brutally in the 1990s, when it forced women out of public view and imposed an extreme form of Islam.

“Let’s not kid ourselves: There is no such thing as a reformed Taliban,” said Sen. Robert Menendez, D-N.J., the committee chair. “This group is woefully stuck in the 14th century with no will to come out.”

Bestowing recognition or legitimacy on such a government seems impossible, Menendez said.

Blinken said there are areas in which the U.S. must cooperate with the Taliban — such as in removing people from the country — but that formal recognition is a long way off and dependent on what the leaders do.