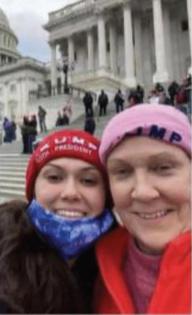 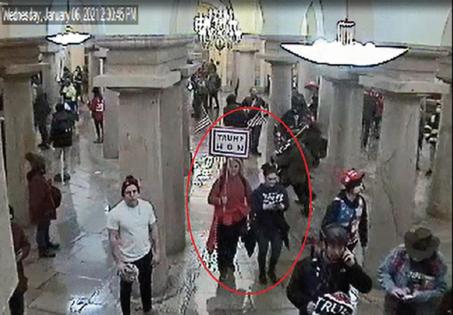 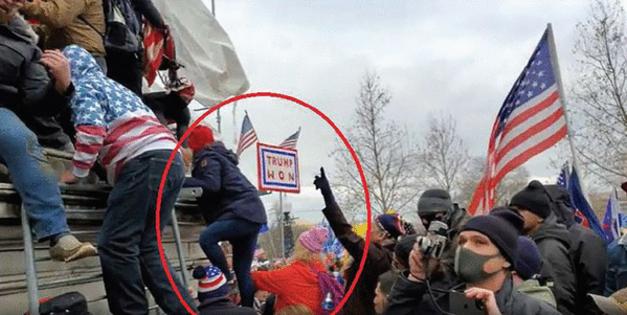 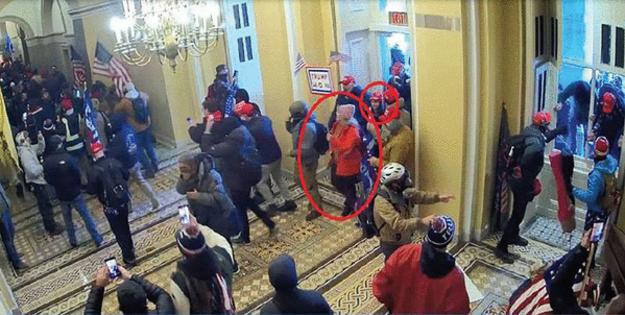 A mother and daughter from Canterbury, Connecticut, have been charged with misdemeanor trespassing and disorderly conduct charges for climbing into the U.S Capitol with scores of others on Jan. 6 during what turned into a riot by supporters of former President Donald J. Trump.

An unidentified “complainant” tipped the FBI that Carla Krzywicki, 19, and her mother Jean Lavin, 56, had entered the Capitol after seeing a photograph Krzywicki posted to her Facebook account. The two women later told FBI agents they traveled to Washington from Norwich on a bus trip organized by a Facebook group, but missed a speech by Trump because the bus driver got lost in New York.

The two women admitted entering the Capitol during voluntary interviews with FBI agents in Connecticut in June, according to a federal charging document filed in the case.

Upon learning they had arrived too late for the Trump speech, the two said they decided to follow a crowd of people moving toward the Capitol building.

Searching through the multitude of video recordings of the riot posted on the internet, FBI agents located a recording of the two women climbing an upended bicycle rack rioters used to scale part of a Capitol wall. The women said they ultimately got into the building through a door that already had been damaged. Images obtained by the FBI show the two women walking about inside the Capitol, with Lavin carrying a sign that read “Trump Won.”

Lavin said she and her daughter decided to enter the Capitol out of curiosity, that they just wanted to look around. She said she didn’t post any photos on social media at the time, but may have sent some to friends later on.

Both said they were inside for less than an hour, went outside for a few minutes, re-entered for a short period and left again.

“Krzywicki stated that at one point, while inside the Capitol, her mother fell and that was when they both decided to leave the area,” according to the charging document. “Krzywicki said she posted a picture on Facebook, but later deleted it because it seemed like a bad idea to leave it up.”

The women provided the FBI with their cellphone numbers and investigators used the information, among other things, to track their progress as they wandered through the Capitol.

They were in the Capitol Crypt for about 6 minutes at about 2:30 p.m. They then walked from the Crypt to the Orientation Lobby and back again. Agents were able to follow their progress using data from the cellphone providers and online video recordings.