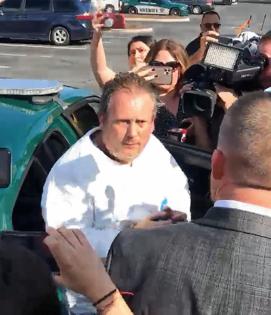 Prosecutors should also be banned from discussing the dismissed federal health care fraud allegations against Todt at his upcoming murder trial, or mentioning that the word “Todt” translates to “death” in German, said Assistant Public Defender Peter Schmer in a series of motions.

“Photographs of the deceased victims are shocking and unduly prejudicial,” Schmer wrote.

Todt is charged with four counts of first-degree murder and one count of animal cruelty in the killings of his wife, 42-year-old Megan Todt; the couple’s children Alek, 13, Tyler, 11, and Zoe, 4; and their dog Breezy.

Federal authorities and Osceola deputies were at the family’s Celebration home Jan. 13, 2020, to arrest Anthony Todt on insurance fraud charges related to his physical therapy business when they found the blanked-wrapped bodies of his wife, children and dog.

The value of showing jurors the “cadaver photos” is “extremely limited” because the medical examiner’s office could not make definitive autopsy findings due to the victims’ decomposition, Schmer said.

The official cause of death for Todt’s wife and three children was “homicidal violence of unspecified means,” though autopsies also found that the victims had stab wounds and toxic amounts of Benadryl in their bodies.

The Florida Supreme Court has allowed juries to see photos that may be considered gruesome as long as they are “independently relevant or corroborative of other evidence,” Todt’s attorney said.

The Osceola County Sheriff’s Office said when he was arrested that Todt confessed to killing his family, though the confession itself has not been made public. Schmer’s motion to bar the pictures from the trial indicated that Todt told authorities he strangled them.