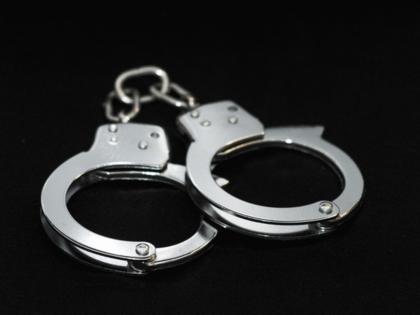 NEW YORK — The reputed octogenarian boss of the Colombo crime family and his top two aides were busted Tuesday morning on racketeering and extortion charges over their menacing move to seize control of a local labor union, court documents charge.

Family head Andrew (Mush) Russo, 87, underboss Benjamin Castellazzo and consigliere Ralph DiMatteo were among those arrested as the Colombo hierarchy took a major hit, according to a federal indictment. The 14 suspects also included four captains in the crime family, including the nephew of legendary boss Carmine (Junior) Persico, with one defendant still at large, authorities said.

In addition to racketeering, the charges included loansharking, money laundering, drug trafficking and a construction safety scam, officials charged. According to the indictment, alleged family captain Vincent Ricciardo threatened to murder a construction union boss who was forced to surrender a portion of his annual income to the mob.

The Colombos allegedly first started the shakedown in 2001 of the union representing construction workers in New York, New Jersey and Pennsylvania. The family’s top echelon became involved two years ago, the 46-page indictment charges, with an eye on turning the union into a mob-run operation.

“The investigation revealed that the collection of salary payments from Labor Union personnel was only one facet of a broader plan to take total control of the Labor Union and more lucrative Health Fund,” according to the indictment.

Ricciardo, known as “Vinny Unions,” explained the mob’s future plans for the union in another conversation, court papers allege.

Russo, the family’s longtime boss, continued to run the Colombos from behind bars after his 2011 arrest and subsequent release, authorities charge. His rap sheet includes seven prior convictions, including bribery, racketeering and witness tampering. Russo took over the family from his imprisoned cousin and fellow boss Carmine Persico.

Colombo captain Theodore Persico Jr., one of the late mob boss’s nephews, was also arrested, with court papers detailing plans for his rise to head of the family once the elderly Russo stepped down.

“Everything we allege in this investigation proves history does indeed repeat itself,” said Michael Driscoll, FBI assistant director in charge of the New York office. “The underbelly of the crime families in New York City is alive and well.”

Russo was most recently arrested in January 2011, eventually pleading guilty to federal charges. Authorities said he was the Colombo street boss at the time — and captured him discussing mob business in recorded conversations.

“I don’t hesitate, I’ve never hesitated” to use violence against mobsters who stepped out of line, he said in a recorded chat.

Russo, once a schoolboy friend of “Godfather” star James Caan, famously disappeared in 1981 after a federal indictment and was believed dead by the FBI — only to resurface at a court hearing after his attorney arranged for the mobster’s surrender.

Ricciardo was caught on another recorded call discussing a suspected informant inside the family.

“Oh no, he’s dead now, he’s finished,” he said. “He signed his own death certificate.”

LOS ANGELES — Regulators scrutinizing plans for an oil pipeline off the Orange County coast in the 1970s examined the potential damage in the event of a ship anchor strike but downplayed the risks, concluding that a ...Read More

WASHINGTON — President Joe Biden’s chief medical adviser said he expects U.S. regulators to consider whether people who got the one-dose Johnson & Johnson vaccine should get an mRNA shot against COVID-19 as a booster. ...Read More