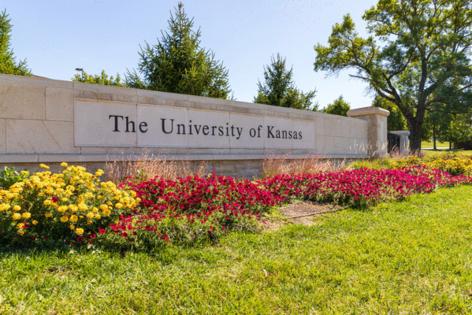 KANSAS CITY, Mo. — A petition to ban a University of Kansas fraternity is circulating after one of its house members was accused of sexually assaulting another student over the weekend.

Protesters gathered Monday night outside the Phi Kappa Psi house where the alleged assault happened. Over a few hours, the crowd swelled into the hundreds as people chanted and waved signs, calling for the organization and students to be held accountable.

"This is only one of many reports. We are trying to make our greek system and University of Kansas a safer place. Please sign this petition to remove Phi Kappa Psi from our campus to stand in solidarity with those effected," reads the petition, which was created Monday afternoon.

Few details about the assault were clear Monday night. But the assault was reported by fraternity officials over the weekend. Students believe the victim may have been drugged and raped during a house party there.

A university spokeswoman said KU takes the allegations seriously and that there are "robust processes" to investigate allegations of sexual assault.

A spokesman for the fraternity said the organization has been made aware of the allegations involving one of its new undergraduate members and the university was immediately notified.

More than 7,000 people had signed the petition as of Tuesday morning. The creator of the petition on Change.org is listed as "anonymous."

One of those attending the demonstration was Ryan Reza, a senior from Topeka, Kansas. He said the demonstration remained peaceful Monday night. Police were there to block traffic, and he saw what appeared to be private security officers stationed outside the large frat house.

Reza said the latest assault is part of a larger pattern at the university. He was glad to see a large response from the community to cast attention on the issue at KU, he said.

"This is the sort of environment KU brings, especially with Greek Life," Reza said. "We see this stuff happen all of the time."