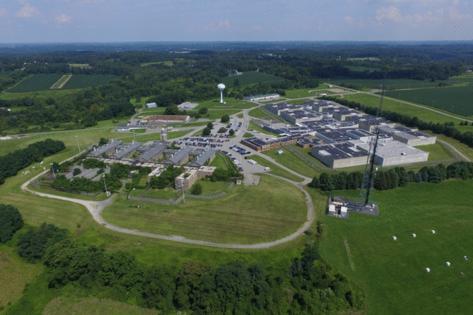 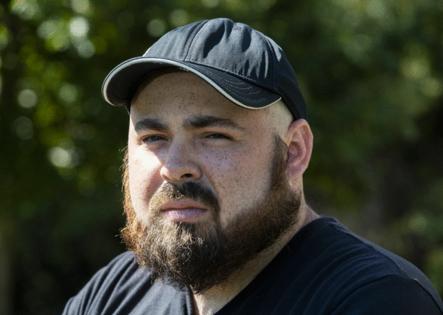 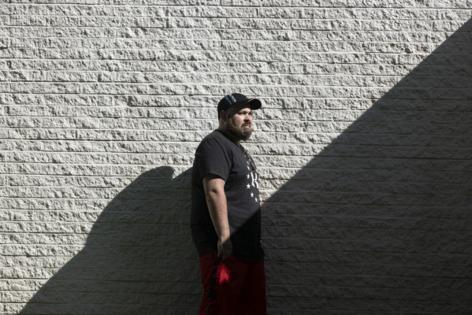 PHILADELPHIA — Reviewing a case at the Delaware County Courthouse last week, President Judge Kevin F. Kelly grew exasperated. The question at hand was whether to release a man whose incarceration Kelly acknowledged was illegal but who had serious mental illness and no treatment lined up.

“This is about as helpful as a rubber crutch,” he finally told the lawyers arguing in front of him. “Either I keep him in jail or I let him go, but he still has no help.”

In the end, Kelly agreed to postpone the decision another week, hoping some help could be found by then.

But left unresolved, the Delaware County public defender has argued, is a larger problem: The county has been jailing people with mental illness for alleged offenses resulting from their disabilities — then keeping them in jail for months or even years because county probation and jail mental health staff had not made housing or treatment arrangements, and would not approve alternatives such as homeless shelters.

Those concerns were outlined in a series of filings over the last few weeks seeking immediate release for a half-dozen people whose public defenders say were locked up with no legal basis.

“Jail is not a resource,” First Assistant Defender Lee Awbrey argued at the Sept. 7 hearing, adding that it’s known to exacerbate mental illness. ”Especially,” she added, “the jail in Delaware County, which is almost constantly in lockdown.”

County probation officials did not respond to questions from The Philadelphia Inquirer last week, and Kelly was unavailable for an interview, according to a spokesperson.

In an interview, Delaware County First Assistant District Attorney Tanner Rouse said his office is not always apprised of who’s detained for alleged probation violations but is working to better track that information.

“These are extremely difficult and oftentimes really sad cases,” he said, adding that a lack of resources in Delaware County and statewide often leaves few options for housing and treatment. “While the person doesn’t mean any harm, we have to recognize there is a distinct possibility of harm coming from their mental illness. So we have to make sure if a person is going to be released that they have a plan in place that will ensure the safety of the community.”

Delaware County is not alone in disproportionately jailing people with mental illness. One U.S. Bureau of Justice Statistics national prisoner survey found 44% of people in jail had some mental health history, and more than a quarter were in serious psychological distress.

“In probation, we see this over and over again: So many people who are incarcerated have disabilities. Those disabilities are very rarely taken into account,” said Nyssa Taylor of the American Civil Liberties Union of Pennsylvania.

She said such cases raise numerous legal issues — among them, potential violations of the Americans with Disabilities Act, since schizophrenia is a recognized disability. “The probation department should be working with these people to make sure those who are struggling with a disability have the necessary accommodations to succeed.”

The situation mirrors practices in some other counties, including Montgomery, where a schizophrenic man was killed in jail in 2019 while awaiting a referral to a probation-approved address.

“People were being held indefinitely because they do not have an address ... and homeless shelters did not qualify,” said Keisha Hudson, a visiting professor of law at Temple University who was ousted from the Montgomery County defender’s office last year after warning of illegal bail practices there. “It’s not legal at all. The problem we have is, in a lot of these counties, the courts don’t really think that the case law applies to them.”

In Delaware County, the district attorney’s office agreed to immediately release some of the people the defenders said were illegally trapped in jail.

One was Tyler Diamond, 27, whose schizophrenia, depression and history of substance abuse have kept him cycling in and out of Delaware County’s George W. Hill Correctional Facility for seven years.

The last time he was released, in 2019, he was sent to a halfway house run by GEO, which also holds the contract to run the jails. According to Diamond, once there he was mandated to take the psychotropic medication Seroquel. But the drug caused him to sleep all day, making it impossible to complete the programming required as part of his probation for a 2018 robbery — let alone hold a job so he could secure his own housing.

So Diamond stopped the medication, and got a job at a dollar store.

“I graduated from my [outpatient treatment] and I kept going. I was the only person going to AA meetings twice a day. I was really trying to change my life,” Diamond said. “And as soon as probation found out I was not taking my medication, they sent me to jail.”

Court documents say the violations were for failing to comply with halfway house rules, such as by leaving food wrappers in his room, and failing to pay court costs. For that, Diamond remained jailed for six months, resentenced for the purported probation violation but stuck waiting for a probation-approved address.

“Everyone is aware he is eligible to be released on July 1st,” Probation Officer Keith Taylor wrote, according to Diamond’s court filing, “however he cannot be released without an address verification (by probation office) and services in place. ... [Probation] would not be agreeable to the Salvation Army or any type of homeless shelter.”

He grew so depressed, he said, that he began to think he’d just stay in jail until he reached his maximum sentence — 12 months — then return to homelessness and even crime. “I wanted to die,” he said. “I was thinking, if I get out I’m just going to use again.”

In July, the public defender’s office successfully petitioned to vacate what it argued was his illegal sentence, noting that the Pennsylvania Supreme Court has ruled violations can’t be issued for behaviors that are neither crimes nor breaches of specified probation conditions.

Diamond is now in a treatment program, back on medication, applying for jobs, and, for the first time in months, feeling optimistic.

In other cases, according to court documents, people were jailed for behaviors that appeared to be manifestations of mental illness, or for failing to comply with halfway house rules after being out of jail for just days or weeks.

One woman with mental illness and a brain injury had been detained for six months without a hearing after allegedly violating probation by mailing pieces of glass to her probation officer. Court documents make clear the woman was delusional: She had reported to probation while clutching her mother’s ashes and a cane, professing to having been blinded by police who had stabbed her in the eyes. The DA’s Office opposed her release, arguing that it would not be safe to allow her to return home without a treatment plan; she remains in jail pending further hearings.

On the other hand, prosecutors agreed to drop charges for a schizophrenic man who is 69 and homeless, and who spent most of the last two years jailed for trespassing, successively, at a hospital, then a Wawa, and finally a bench outside a Main Line home. On more than one occasion, he was arrested within a day or two of release, then jailed again pending a competency evaluation, which he repeatedly passed.

By the time charges were dropped, he had already spent more than 300 days in jail without a trial for the misdemeanor offense, in part because he declined to undergo a fifth competency evaluation.

How many others may be jailed under similar circumstances is unclear. The Delaware County Defender declined to comment.

In its filings, the office argued that the response to mental illness must come from the mental health system, not the criminal-legal system.

“Prohibiting behaviors that are hardwired into a person’s brain by nature of a mental disorder is not a condition that is reasonably related to their rehabilitation,” the lawyers argued. And punishing those behaviors with incarceration “is ineffective, cruel and inconsistent with the mission of mental-health supervision.”