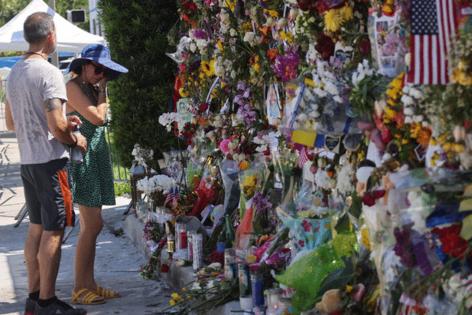 FORT LAUDERDALE, Fla. — The final number of dead in the Surfside condo collapse was devastating: 98 lives lost. But at one point it seemed the number could go much higher.

On June 29, five days after the collapse, the number of missing was pegged at more than 150 people. It appeared likely that most would be found dead in the rubble.

A number of factors account for the difference, police say.

Many of the missing from Champlain Towers South were on the list more than once, said Lt. Carlos Rosario, a spokesman for the Miami-Dade Police Department.

Some had been called in twice by different family members, he said. In some cases, people were on the list more than once under different names. English and Hebrew names might be given for the same missing person.

“As we always stated from the beginning, this was a very fluid list,” Rosario said. “Anybody that called in with a name, that would be put on that list.”

The daily tally of dead and missing illustrates the confusion.

On June 29, 11 people were reported dead and more than 150 missing. The next day, the death toll rose by seven, but the count of missing fell by five.

The following week, on July 5, 28 were reported dead — 10 more than the week before. But the number of missing had fallen greatly to 117.

Rosario described an overwhelming situation immediately after the collapse, with family members frantically calling police about their missing loved ones. Some called from out of town or outside the country, unintentionally placing relatives on the list twice.