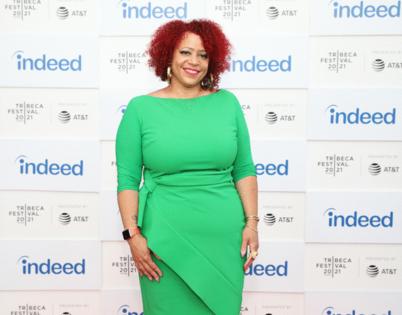 RALEIGH, N.C. — Hundreds of emails released by the University of North Carolina, Chapel Hill on Friday shed more light on the behind-the-scenes battle over a tenure package for acclaimed journalist Nikole Hannah-Jones, who ultimately decided to go elsewhere.

The emails show the efforts of megadonor Walter Hussman to dissuade UNC-CH trustees and university officials from offering Hannah-Jones a tenured position as a Knight Chair in the journalism school. They also show how a trustee's questions about the tenure proposal appeared to push university officials to offer Hannah-Jones a nontenured position that the campus Board of Trustees would not have to act upon.

Hannah-Jones initially accepted the nontenured position. But when it became clear she was being treated differently than other Knight Chairs who had all received tenure, a firestorm ensued, with accusations that her work exposing racial injustice led to the disparate treatment.

Much of that vitriol was directed at the trustees, with many media organizations subsequently reporting that the board denied her tenure.

But the correspondence doesn't back that up.

But how much did other trustees know about the tenure battle? At least one told Susan King, the journalism school dean, that she was being disingenuous in blaming trustees for losing Hannah-Jones.

"Your continued failure to come forth with the truth on these issues and your continued use of your blog account and letters to others to blame me and the Board of Trustees for what has happened in this instance is disturbing," trustee Ralph Meekins, a Shelby lawyer, wrote in an email July 11. That was five days after Hannah-Jones announced she would be teaching at Howard University instead of UNC.

Meekins objected to claims that the board only approved the tenure in late June under pressure. The correspondence released Friday includes scores of emails from alumni and others chastising the board for not approving tenure earlier.