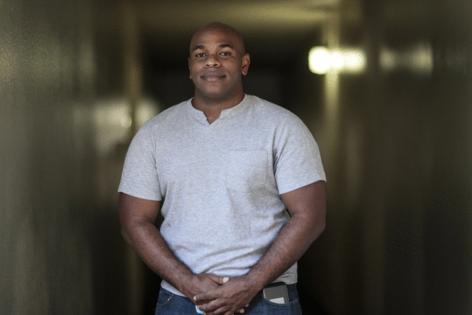 The demonstrators, who were Black, were protesting a grand jury decision not to charge officers in the fatal shooting of Breonna Taylor in her home in Louisville, Kentucky. Silva, who is also Black, normally patrolled some of L.A.'s most impoverished neighborhoods, but that evening, he had been given protest duty.

As the slurs landed, Silva appeared unfazed, even calm, as a video of the encounter that later went viral shows. But his brain was working overtime, he said, trying to focus on his training while processing thoughts about the rage directed at him.

Silva watched the protesters' eyes and hands for threats but saw none. The young men were just venting frustration and anger — which Silva could understand — in an immature way, he thought.

To maintain his composure, Silva recalled the melody and lyrics of one of his favorite songs: "Changes," in which the late Tupac Shakur raps about crime, poverty, police brutality and the crack epidemic.

Learn to see me as a brother

Instead of two distant strangers

For Silva, 28, the moment was one of many in the past year and a half in which his dual identity as a Black man and a Los Angeles Police Department officer has left him straddling one of the nation's most volatile cultural fault lines — and feeling criticized for not landing solidly on either side.

It was another reminder, he said, that his choice to become a cop — a choice L.A. officials hope more people like him will make as the LAPD's Black ranks dwindle — put him in the middle of an intense national debate around racial justice and police brutality against Black people.