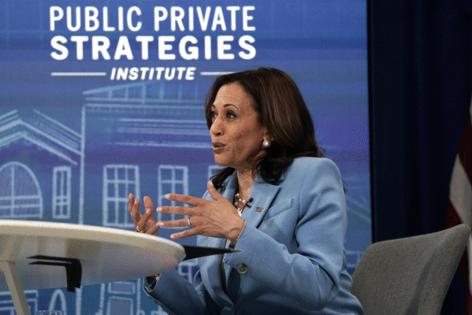 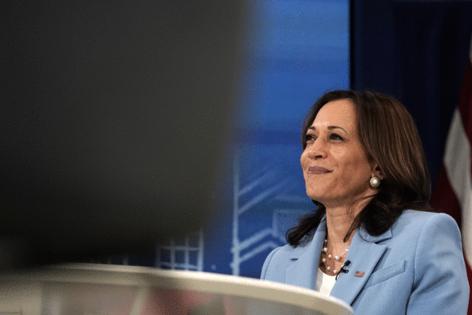 As the U.S. faces an intense surge in unauthorized arrivals on its southwestern border, Vice President Kamala Harris released a blueprint on Thursday that she said would attack the causes of the immigration challenge and that framed the work as a slow and challenging climb.

“It will not be easy, and progress will not be instantaneous, but we are committed to getting it right,” Harris said in a cover message in the 20-page plan.

Harris, who has the unenviable task of serving as the face of the White House’s migration efforts, visited Guatemala and Mexico last month on her first foreign trip.

In Guatemala, a violence-plagued Central American country that has accounted for many of the migrants fleeing to the U.S., she offered a blunt message to would-be travelers: “Do not come.”

In June, Customs and Border Protection handled more than five times as many encounters on the southwestern border as in the same month last year, according to federal data.

Harris said in her statement that the U.S. has corralled support from the United Nations, Mexico, Japan and South Korea as it works to handle a challenge inflamed by extreme weather and the coronavirus pandemic. It wasn’t immediately clear what specific commitments the U.N. and the trio of countries made.

The strategy from the White House — which lacked deadlines — appeared to represent an effort to express urgency while making clear that the complex challenges on the border will not be unraveled in the blink of an eye. Harris said in her message that “unless we address all of the root causes, problems will persist.”

“We will build on what works, and we will pivot away from what does not work,” she said in the statement.

KANSAS CITY, Mo. — The lone eyewitness to the murders that landed Kevin Strickland in prison tried to publicly recant her identification of him twice to The Call, Kansas City’s Black newspaper, its publisher said.

NEW YORK — An irate McDonald’s customer stabbed a rival in Midtown Manhattan following a dispute over the amount of sweetener in his morning coffee, police said Wednesday.

The 57-year-old victim was eating inside the ...Read More

CHICAGO — Two more Illinois residents have been charged with breaching the U.S. Capitol Jan. 6 after FBI agents identified them on social media and security images, according to court records made public Tuesday.

WASHINGTON — Democratic leaders for weeks have denied they would potentially dust off the budget reconciliation process once again as a last resort to lift the statutory debt ceiling with a simple majority vote if they ...Read More