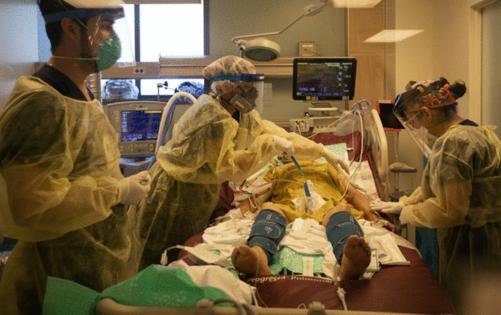 “The big concern is that the next variant that might emerge — just a few mutations potentially away — could potentially evade our vaccines,” Centers for Disease Control and Prevention Director Dr. Rochelle Walensky said this week.

All viruses constantly change into new versions of themselves. With each generation, they make random genetic errors.

They don’t mean to cause trouble. They have no dreams of greatness, said Dr. Joel Ernst, professor of medicine and chief of the Division of Experimental Medicine at UC San Francisco.

“All they want to do is replicate,” he said. Citing the pioneering work of Stanford microbiologist Stanley Falkow, Ernst said, “the goal of a virus is to become viruses.”

Early on, we weren’t too worried about changes to the SARS-CoV-2 virus’s genetic makeup, stored in a single strand of RNA. Compared with flu and HIV, the virus changes slowly as it spreads. Thanks to a ‘proofreading’ enzyme that corrects potentially fatal copying mistakes, it typically accumulates only two single-letter mutations per month in its genome — a rate of change about half that of influenza and one-quarter that of HIV.

We watched it blunder. One of the earliest variants, named D614G, carried a mutation that made it easier for the virus to dock onto human cells. But that mutation also made it more vulnerable to our antibodies.

“That was a dumb variant,” said Ernst. “It had its day, but it didn’t knock us off.”

But now we know that any change can have serious consequence.