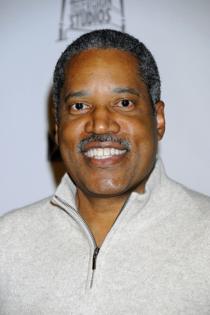 He has proposed abolishing the IRS, welfare and the minimum wage, opposes gun restrictions and mask mandates and doesn’t believe policing has a systemic race problem. He boasts nearly a million Twitter followers and even has a star on the Hollywood Walk of Fame.

Suddenly, out of seemingly nowhere, the Democrats who dominate deep blue California are cramming to learn everything they can about Larry Elder and asking: Could this guy actually be California’s next governor?

The conservative radio host was a last-minute addition to the list of gubernatorial wannabes trying to unseat Gov. Gavin Newsom in the Sept. 14 recall election. But since he announced his candidacy just weeks ago, Elder has raised hundreds of thousands of dollars and skyrocketed to the top of polls.

Among voters most likely to participate in the election, 34% said they were considering supporting Elder, according to a poll this week from the University of California, Berkeley’s Institute of Governmental Studies — placing him well ahead of more traditional candidates like former San Diego Mayor Kevin Faulconer and businessman John Cox.

For longtime political wonks like Jaime Regalado, a professor emeritus at California State University, Los Angeles, the fact that Elder appears to be doing so well “is no surprise at all.”

But could a Gov. Larry Elder actually be in charge of the world’s fifth largest economy on the planet in less than eight weeks?

First, here’s a primer for Democrats who need an introduction to the self-dubbed Sage from South Central, whose followers are known as Elder-ados and Elder-berries.

The 69-year-old Republican was born and raised in Los Angeles. A University of Michigan-educated lawyer, Elder ran a legal executive search firm before jumping into the world of conservative media. He’s published books, written newspaper columns, appeared on television, and hosts a nationally syndicated radio show popular with conservatives, where he talks about everything from race relations to, of course, Newsom.

“Larry Elder’s been around a long time, he’s had a soapbox for a long time, and he’s not a politician,” Regalado said. “For a lot of people, that’s a good thing.”

In other words, in a field of dozens that does not include an internationally recognized name like Arnold Schwarzenegger, the winner of the last successful recall in 2003, Elder’s “got the highest name ID,” said GOP political consultant Rob Stutzman.

Sure, reality star Caitlyn Jenner can command attention, but, Regalado said, her campaign is seen as “quirky.” Most Republicans who are serious about recalling Newsom are looking for someone they view as a serious candidate.

But where Faulconer has taken a more dry, policy-focused approach to campaigning, Elder has focused more on Newsom being the wrong man for the job — which appears to be resonating with Republican voters, who are more engaged with the recall than Democrats.

Elder’s campaign did not respond to an interview request.

In the last few days, Elder has taken to Twitter to lambaste Newsom and his team for requiring health care workers to get vaccinated and mandating masks at school. On his website, he labels the sitting governor “arrogant” and accuses him of being “surrounded by an army of radicals for whom climate change is a religion — and growth and development a villain.”

Some of the views he’s espoused in the past are far to the right of where most Californians stand. But that may not matter, since if a majority of voters want to boot Newsom, recall candidates only need to win more votes than their competitors — say, 30%, not a majority.

And Elder’s poll numbers suggest that in the Republican Party today, a polished, effective communicator with a big perch in conservative media may have an advantage over a former mayor like Faulconer or a businessman like Cox, said Raphael Sonenshein, executive director of the Pat Brown Institute for Public Affairs at Cal State Los Angeles.

“In a more traditional world,” he said, “those are two people who would be hard to beat.”

Still, anything could happen. Some 40% of likely voters in the IGS poll said they were undecided on replacement candidates, and Newsom has raised millions of dollars to pour into campaign ads and voter mobilization efforts. On Wednesday, his team dropped a 30-second spot featuring Sen. Elizabeth Warren urging Californians to mark “no” on the mailed ballots voters will begin receiving in mid-August. But the governor might also go on the attack.

“I would think opposition researchers are seriously going through recordings of old shows, things he may have written, interviews on Fox, and I think you’ll see a pretty steady stream of attacks on Elder,” Stutzman said.

Those could give another candidate space to gain momentum or potentially boost Newsom.

For Sonenshein, a couple of key questions remain unanswered — whether Elder, or someone else, will become a breakaway Republican candidate and whether Democratic enthusiasm for defending Newsom will grow. At the end, everything will come down to turnout — which voters show up and who they pick.

“Is he a flash in the pan? Has he kind of topped out or does he have room to grow?” Sonenshein asked, referring to Elder. “I think there’s a possibility of the second.”