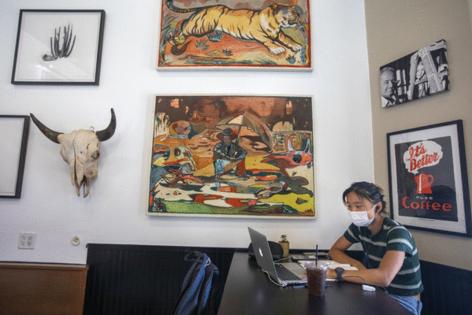 Initial jobless claims in regular state programs totaled 400,000 in the week ended July 24, down 24,000 from the prior week, Labor Department data showed Thursday. The median estimate in a Bloomberg survey of economists called for 385,000 new applications.

Weekly unemployment claims have fallen considerably since the beginning of the year against a backdrop of elevated labor demand. At the same time, the delta variant that’s fueled a recent surge in new infections across the country poses a risk.

As the threat of renewed restrictions looms and large swaths of the country remain unvaccinated, the Centers for Disease Control and Prevention updated its guidance on indoor masking to include K-12 classrooms and inoculated people who live in Covid-19 “hot spots.”

To prevent a so-called fourth wave of infections, local governments are becoming more aggressive in getting city employees vaccinated. New York City Mayor Bill de Blasio is mandating that all public workers get inoculated by Sept. 13 while San Francisco considers a similar move pending full Food and Drug Administration authorization for the jabs.

At the federal level, President Joe Biden says he is assessing a vaccine mandate for government employees.

About half of U.S. governors have ended all three of the federal unemployment benefit programs created during the pandemic before their expiry in September, arguing the supplemental aid is preventing businesses from filling a record number of job openings.

Continuing claims for state benefits climbed for the first time in four weeks, rising to 3.27 million in the week ended July 17.