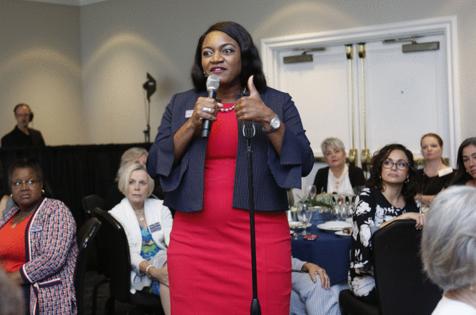 At first, the group focused on what could be done about the pandemic. But as summer began and the deaths of George Floyd and Breonna Taylor brought renewed attention to the issue of police brutality and disparate treatment of Black people, the caucus turned its efforts to police reform.

The 27 mostly Democratic members thought getting a package on this topic passed would be an uphill slog. Police reform was “something that we have not been able to get consensus on ever, at least as long as I can remember,” said state Sen. Randolph Bracy, a Democrat.

But after Bracy spoke to House Speaker Chris Sprowls, he felt newly optimistic. The moment felt ripe for police accountability, and Sprowls, the son of a police officer who has spoken about the need for transparency in the criminal justice system, seemed open to a reform package.

The GOP-led Legislature, following a priority set by Gov. Ron DeSantis, was focused on pushing through an “anti-riot” bill in response to the summer’s Black Lives Matter protests that seemed in stark contrast to the reforms the caucus wanted.

“It felt tenuous at times because we weren’t sure if we were going to get any police reform with that backdrop,” said Rep. Fentrice Driskell.

But Driskell, an attorney from Tampa who has been tapped to lead the Florida House Democrats beginning in 2024, worked to cobble together a reform package that would be palatable to Republican leaders and law enforcement. Key to her efforts: a bipartisan team-up with Sprowls.

The bill passed the Senate and the House unanimously, was endorsed by major law enforcement organizations and was signed into law by DeSantis last month — a major moment for the caucus in a year dominated by headlines about controversial, Republican-driven bills.

“It feels like the culmination of a lot of hard work that has been ongoing now for more than a year,” Driskell said. “It gives me hope and optimism for Florida’s future and that we might be able to actually keep this conversation going and push for even more reform.”

Still, some lawmakers, like Bracy and state Sen. Darryl Rouson, feel the bill was toothless, passed under a time crunch that left it without some of the more aggressive reforms they’d hoped for. Bracy said legislative leaders purposely dragged out negotiations to force Democrats to accept a watered-down bill late in the session.