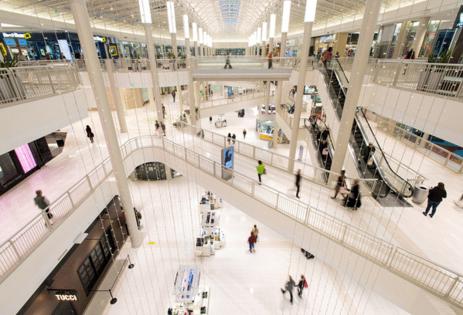 MINNEAPOLIS — The family of a boy who was thrown off a third-floor balcony at the Mall of America in 2019 alleged in a lawsuit that mall security failed to thoroughly investigate their son's attacker when he displayed suspicious activity there the day before the incident.

The boy's family filed a lawsuit Tuesday in Hennepin County District Court against the Mall of America and its owner, noting that their son, identified in the lawsuit as L.H. and known publicly as Landen, suffered severe injuries that has caused a deterioration of his memory, "adaptive skills, and academic performance." The boy was 5 at the time.

The April 12, 2019, incident shocked the community and made national news.

The boy's family said the mall was negligent and is incapable of protecting guests from threats like the boy's attacker, Emmanuel Aranda, who had a documented history of violent and aggressive activity at the shopping center in Bloomington and who had been banned twice from the facility.

The lawsuit said there were no security officers located near where the boy was attacked.

The Mall of America issued a written statement Wednesday, noting that it would continue to "work through" the legal process and "hopefully find resolution for all parties."

"From the day that this tragic event happened, our concern has been focused on Landon (sic) and his well-being," the statement said. "We are thankful for his ongoing and continued recovery. We can't imagine how traumatic this ordeal has been for Landon, his family, and friends … Our thoughts and best wishes continue to remain with Landon and his family."

According to the lawsuit: Aranda was at the mall for more than two hours the day before the attack. Mall surveillance video captured him between 3 p.m. and 5:30 p.m. Aranda spent most of that time near the third-floor balcony where the boy was attacked the next day.

A mall security officer spoke to Aranda as he stood on a balcony and looked over the railing.