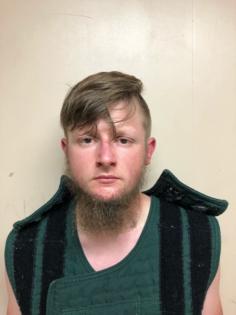 Lester Tate, an attorney representing Cannon, said Georgia has no prohibition against judges posting comments on social media. He also said the charges brought by the state judicial watchdog agency appear to infringe upon the judge’s free speech rights.

During a March 17 news conference, Capt. Jay Baker said that Robert Aaron Long, the man accused in the spa shootings, was “pretty much fed up and kind of at the end of his rope. Yesterday was a really bad day for him and this is what he did.” The comments were criticized by many as being insensitive.

The next day, Cannon, a judge since 2013, defended Baker on Facebook and posted a transcript of the news conference.

“I believe he was summarizing what he was told by the investigators that interviewed the accused from the accused perspective,” Cannon wrote. “And Jay was not saying from Jay’s perspective that the accused had a bad day. Feel free to disagree, but read the transcript first!”

When someone commented on Cannon’s post, saying he thought Baker should not have said what he said, the judge did not disagree.

“As a judge I don’t like them tainting the jury pool about a confession that may or may not be admissible depending on the circumstances,” he wrote. “So I’d rather them just say ‘we caught him.’”

Cannon appeared before the investigative panel of the Judicial Qualifications Commission three days later to explain his social media posts.

Cannon said that when he made the posts, he knew the case had been assigned to another judge, the complaint said. But he acknowledged that in the future it was possible that law enforcement could ask him to sign warrants in the case.

DETROIT — Michiganders support the government requiring students to be vaccinated against COVID-19 as soon as federal regulators approve inoculation for all age groups, according to the findings of a new poll ...Read More

CHICAGO — Sixty-one people were shot, including a 3-year-old boy, and at least 12 of those died from their wounds this weekend in Chicago. There were at least 29 people shot on Sunday alone, according to information from...Read More

The case, filed by the state Office of Chief ...Read More

MINNEAPOLIS — COVID-19 hospitalizations reached 757 in Minnesota on Friday, underscoring the continued threat of the fast-spreading delta variant of the coronavirus.

The hospitalizations are a new high for 2021, ...Read More

But the damage from the coronavirus has been far from homogenous,...Read More

The teens are both 17 years old, a boy and a girl, police Chief Steve Drew said in an afternoon press ...Read More