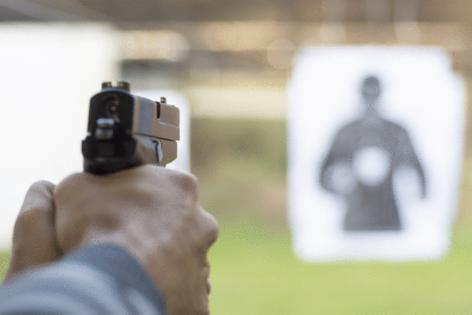 “WE THANK YOU ALL FOR BEING OUR CUSTOMERS AND FRIENDS. ITS BEEN A PLEASURE!” the owners of Save Yourself Gun Club said in a Facebook post. Announcing their intention to sell, they offered specifics last week about the 2-acre Muskogee County property priced at $125,000.

The business in Oktaha, about 17 miles southwest of Muskogee, has been downsizing since the lawsuit against it came to an end.

Muslim community leaders and others aren’t shedding any tears over the latest news.

“Well, well, well. What do we have here? Looks like hate does not pay after all,” Adam Soltani, director of the Council on American Islamic Relations’ Oklahoma chapter, said on Facebook.

“The same gun range we took to court in a federal lawsuit for banning Muslims by declaring itself a ‘Muslim-Free Establishment’ is no more,” Soltani said.

Save Yourself Gun Club — formerly Save Yourself Survival and Tactical Gun Range — made headlines in 2015 over a sign posted at the business that read: “This privately owned business is a Muslim free establishment!!! We reserve the right to refuse service to anyone!!! Thank you!”

Several months later, Raja’ee Fatihah, a Muslim man, filed a lawsuit against Save Yourself, alleging the owners made good on the promise of their infamous sign, and kicked him out of the range because of his faith. Fatihah said he had heard about the sign, and that it was the reason he chose to go to Save Yourself Survival.

The lawyer representing the gun range owners said Fatihah was not turned away because he is a follower of Islam, but because he “threatened people, (and) came in with an agenda to create a controversy,” the Tulsa World reported. Fatihah also told the owners he was a member of CAIR, the lawyer said.

Backed by the American Civil Liberties Union, and by CAIR, Fatihah’s legal fight went on for years until it was dismissed in April 2019, outlets reported.