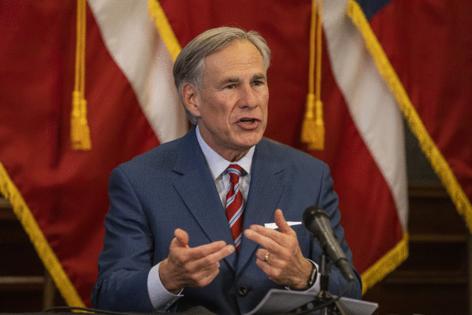 AUSTIN, Texas — When Gov. Greg Abbott issued a directive to the regulators of Texas' power grid earlier this month, he did something that could be considered unthinkable for a state chief executive who might have his eyes on a higher office in Washington.

Abbott called for more — not less — government regulation of the state's electricity market. His orders to the Public Utility Commission signaled a move away from the state's Wild West approach and indicated that he wants Texas' energy market to have more government-controlled levers.

"It's really a very odd, strange dynamic where you have folks who have traditionally been very pro-free market deregulation really moving quite in the opposite direction," said Doug Lewin, an Austin-based energy consultant.

Abbott's mandate — along with the implementation of three GOP-led laws passed by the Legislature this year — goes against the anti-regulation ethos that led to the creation of Texas' energy-only market.

As the market currently operates, utilities generally buy electricity from power-generating companies at rates dictated by the push and pull of supply and demand. It's a system engineered by the state's political leadership, which has been dominated by Republicans since the late 1990s.

During a recent Senate hearing, PUC Chairman Peter Lake called Texas' energy market a "crisis-based business model" — one that pushes utilities to keep the grid on the edge of its capacity.

While designed to keep electric bills low, Texas' power market is more exposed to vulnerabilities created by extreme weather events or power plant failures. Miscalculations and unplanned outages can force the grid operator to shut wide swaths of Texas down, as it did during the February freeze and neared during a mid-June power squeeze.

Abbott, who did not respond to requests for comment on this story, has said he wants to encourage the construction of more natural gas-, coal- and nuclear-generated power in Texas. Because they do not rely on the whims of Mother Nature, they are considered more reliable.

Abbott directed the PUC to develop financial incentives to build more dispatchable electricity that relies on heat to create electricity — heat that can be created by the flick of a switch rather the sun.