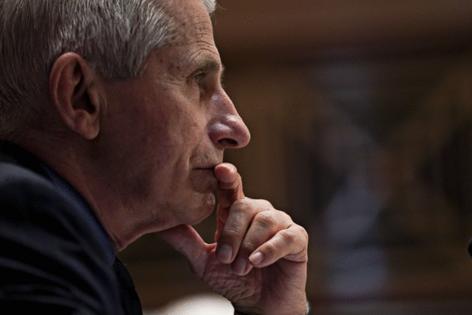 From the pandemic’s earliest days, Dr. Anthony Fauci has drawn political fire from COVID-19 skeptics. As director of the National Institute for Allergy and Infectious Diseases (NIAID), Fauci is steeped in the scientific disciplines of virology, immunology and vaccine design. But critics, especially President Donald Trump and his political allies, continue to excoriate him for supporting textbook public health measures like wearing face coverings and building immunity with vaccines.

The latest example occurred this week at a Senate hearing on Capitol Hill, when Sen. Rand Paul, R-Ky., effectively accused Fauci of sending U.S. tax dollars to China so scientists there could soup up coronaviruses culled from bats and make them more dangerous to people. Then he accused Fauci of lying to Congress about the purported project.

In a final shot, Paul said Fauci could be responsible for more than 4 million deaths worldwide.

Fauci has stoically endured a lot of molten rhetoric over the past 18 months, but he did not accept these charges quietly.

“Sen. Paul, you do not know what you’re talking about, and I want to say that officially,” Fauci said. “I totally resent the lie you are now propagating.”

Paul told Fox News the following day that he will ask the Department of Justice to explore whether Fauci committed a felony by lying to Congress, a crime which is punishable by up to five years in prison. That would stem from Fauci’s May 11 assertion to the Senate Committee on Health, Education, Labor and Pensions that the National Institutes of Health never funded so-called gain-of-function research at the Wuhan Institute of Virology — the type of work that would give a virus new and more dangerous capabilities.

Paul’s claims rest on some very specific assumptions, not all of which have been demonstrated to be true.

In science, at least, assumptions must be verified if the conclusions that emerge from them are to be taken seriously. Due to repeated interruptions, Fauci didn’t get a chance to respond to all of Paul’s charges at this week’s hearing. Let’s consider them now and see how well they are, or could be, backed by evidence.

Assumption 1: NIAID funded gain-of-function at the Wuhan Institute of Technology.

In 2014, the institute Fauci directs awarded a five-year, $3 million grant to the New York-based EcoHealth Alliance for a project titled “Understanding the Risk of Bat Coronavirus Emergence.”