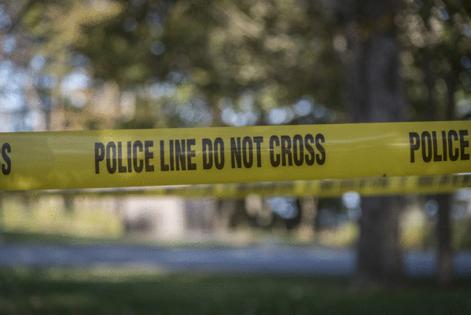 LOS ANGELES — After the killing last week of an Indigenous Mexican teen by police in Salinas, advocacy groups are concerned that language barriers may have played a role in the fatal encounter.

Gerardo Martinez, 19, who spoke the Mexican Indigenous language Zapotec, was shot around 8:30 last Friday night when officers responded to his home and tried to communicate with him in Spanish, according to the Monterey County district attorney’s office. Prosecutors contend Martinez also spoke conversational Spanish.

A neighbor called 911 shortly after eight to report that Martinez was “really drunk” and had pointed a black handgun at him, officials said. On the same call, the neighbor later said that the weapon might actually be a BB gun and that he thought Martinez could be under the influence of methamphetamine.

In minutes, officers were at the scene. The officer who ultimately shot Martinez positioned himself with a rifle behind his patrol car, about 50 feet from Martinez’s home, according to the district attorney’s office. Officers unsuccessfully tried to determine Martinez’s phone number.

When Martinez partly exited a side door of his home, officers ordered him in Spanish to come out with his hands up, the D.A. account said. Instead, according to the D.A.'s statement, Martinez walked in and out of the side door several times while officers continued issuing commands.

Drone footage released by prosecutors, which doesn’t contain sound, shows Martinez opening and closing the side door several times to peer outside. In one instance, he held what was later found to be a BB gun and what appears to be a canned drink.

The shooting occurred when Martinez re-emerged from the door and raised the gun. According to the district attorney’s office, he had pointed the weapon at an officer, who fired three rounds from a rifle, striking Martinez in the torso. He died shortly thereafter.

District attorney’s officials said police recovered a “real-looking” BB gun next to Martinez. They added that the state Department of Justice, which is mandated to investigate fatal police shootings of unarmed civilians, declined to investigate because it considered Martinez to have been armed.

Sherri Hall, a spokesperson for the district attorney’s office, said that officials were investigating whether the 911 caller’s information that the weapon could be a BB gun had been relayed to police.

On Thursday, Latin American Indigenous advocacy groups from across the state issued a joint statement saying that Martinez did not speak English and had a limited understanding of Spanish. They’ve called for training for Salinas police officers to better understand and communicate with Indigenous people and for the state to investigate the shooting.