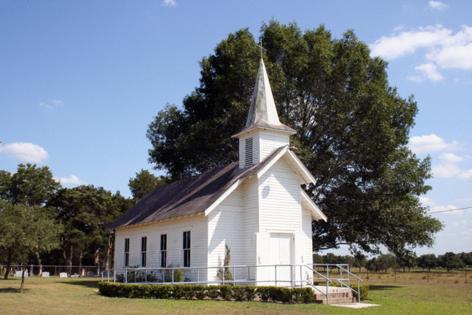 FORTH WORTH, Texas — At a packed Fort Worth school board meeting in mid-June, 48 speakers walked to the front of the auditorium and argued against what they called “critical race theory,” which included the school district’s racial equity work.

Of those 48 speakers, nearly a quarter invoked a powerful persuasive tool: God.

As the outcry over what is dubbed “critical race theory” continues to overwhelm school board meetings across the country, Fort Worth-area pastors also sense tremors in the ground beneath their own feet. The turmoil over critical race theory is beginning to rend the Christian church, too, local leaders say.

On one side of the budding divide, a contingent of pastors contends that systemic racism exists and that acknowledging it is the first step toward changing it. Michael Bell, the pastor at the 400-person Greater St. Stephen First Church, says the anti-CRT rhetoric distorts the reality of racism and allows people to avoid talking about it.

“It’s really a frontal assault on the truth,” Bell said. “So that they can inhibit any discussion on race, racism or discrimination. And it’s an attempt to whitewash, if you will, American history.”

Pastors including Bell are pushing back against some of their counterparts — such as Nate Schatzline, a preaching pastor at The House Fort Worth, a Watauga church with about 1,000 active members. Schatzline says structural racism is a myth in the modern United States, and that talking about it sows discord.

“It’s not about where we came from, it’s about where we’re going,” Schatzline said. “And as long as we’re pointing back and staring at the ugly nature of what slavery was — and making this a today problem when it was actually a problem that we overcame — then we’re going to stay in this oppressed vs. oppressor mindset. And it’s causing division in different people. It’s causing people to hate white people.”

Ryon Price, the senior pastor at the 1,000-person Broadway Baptist Church, was one of several pastors who attended that packed school board meeting in mid-June. As he listened to the anti-CRT speakers quote the Bible, pray or mention God, Price says he thought of a passage in the book of Matthew. In the passage, part of the Sermon on the Mount, Jesus says that many people will come to him and point to the good works that they performed in his name. Jesus will respond, according to the passage, that he never knew them.

“I am certain that not all the things done in Jesus’ name are things that Jesus would want to be associated with,” Price said.

While CRT has become a buzzword flung in the faces of school board members across the country, the actual theory is an academic framework taught in graduate-level courses. It contends that racism is structural — that is, that racism is built into American culture and entrenched in American institutions.