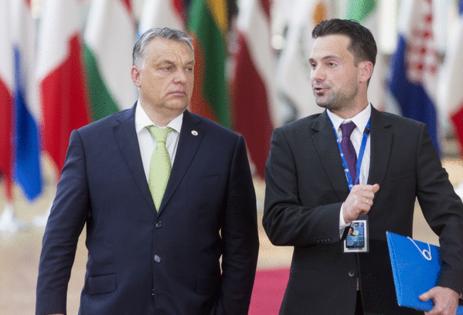 Hungary’s weaponization of gay rights has led to a showdown rarely seen between the bloc and a member state. Brussels is threatening action over an LGBTQ law that could involve cutting funds to Budapest. Prime Minister Viktor Orban proposed to put what he calls the protection of children against homosexual content to a referendum.

“When the pressure on our homeland is so great, then only the will of the people is able to defend Hungary,” Orban said in a Facebook post on July 21, three days before Budapest hosts what organizers expect to be its biggest-ever Pride March, and perhaps its bravest.

The reality is that the EU has finally come to the realization that it has an antagonist it needs to take on. Over the past seven years alone, Orban has teased out the loop holes to get Hungary a net 25 billion euros ($29.4 billion) of European money. All the while, he has been openly defying EU values, even more brazenly under the cover of a pandemic.

He cemented his control over the media, the judiciary and education, triggering condemnation in European capitals but little action. This week, Hungary was identified as the only European country that used Pegasus spyware to keep an eye on critics of the government.

The targeting of LGBTQ rights became more overt in October last year with attacks on an anthology called “Fairyland Is For Everyone.” Stories include a prince who ends up growing his blond hair long and trying on dresses, a gender nonconforming deer and a gay Roma boy.

The book snowballed into its own unwitting David-and-Goliath story pitting the LGBTQ community against an increasingly authoritarian leader. Rather than collateral damage in eastern Europe’s populist shift of recent years, it turned into a lightning rod for resistance after becoming a word-of-mouth hit and selling 30,000 copies in Hungary.

Yet it took on new meaning when parliament voted in June to ban minors being exposed to any kind of portrayal of homosexuality or sex reassignment, a tipping point for the EU.

“It’s turned into a symbol, for people who are fed up with the government,” said one of the publishers, Dorottya Redai, 48. “We expected some public reaction, but at the volume it came, we were surprised. We were accused of corrupting children.”

The ban on depictions of homosexuality to minors was packed in an anti-child-abuse law, a move that critics say equated being gay with pedophilia and would therefore prey on a parent’s worst fears. Stores that don’t prominently label books as having “non-traditional content” face a fine. Teachers cannot introduce them at their schools.