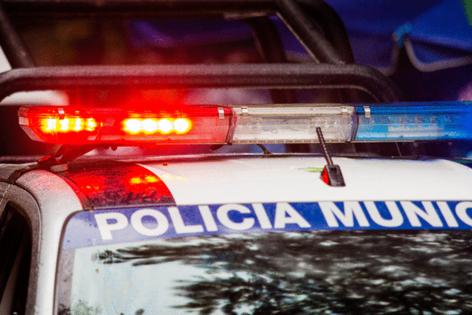 FORT WORTH, Texas — An investigation is underway into how Texas firefighter Elijah Snow died Monday while vacationing in Cancun, according to Mexican authorities.

On Twitter, Mexican authorities said an “investigation folder” has been started in the death of a man from Texas in the municipality of Benito Juárez in the Mexican state of Quintana Roo.

“The circumstances in which the events occurred are being investigated,” according to the social media post from Fiscalía General Quintana Roo, which is the state attorney general’s office for Quintana Roo.

“The body was located in a bathroom window” at a hotel, which was not the resort where Snow was staying, according to the tweet translated from Spanish. Benito Juárez is about a 30-minute drive, or 10 miles away, from the beachfront hotels in Cancun.

The cause of death for Snow, of Arlington, has not been released. Family members believe he was killed after possibly being kidnapped, according to media reports.

Elijah Snow’s wife, Jamie Snow, told family members her husband had been found dead Monday morning while they were staying at a Cancun resort, and she was told he had possibly fallen over a wall, KTVT-TV reported. The family did not believe that explanation, and hired a local attorney who obtained crime scene photos that suggest Snow was beaten to death, according to KTVT.

The couple were at the resort celebrating their 10-year anniversary, according to news reports. The name of the resort has not been released by authorities.

The television station reported that the couple had a few drinks at the hotel bar and decided to head back to their room, but Elijah Snow stopped and went back to the bar while his wife went to their room and fell asleep.

Jamie Snow went searching for him about 4 a.m. Monday when he didn’t return to their room, and she was told by someone that he had been found dead, according to KTVT.

Randy Elledge, Elijah Snow’s father-in-law, told the TV station that it appeared that Elijah Snow was beaten and possibly suffocated.

Elijah Snow’s body was returned to the Dallas-Fort Worth area Friday, according to KXAS-TV.

His funeral is scheduled for Tuesday at Rush Creek Church in Arlington.

To help the Snow family, donations can be made to the Arlington Professional Fire Fighters Charitable Fund.