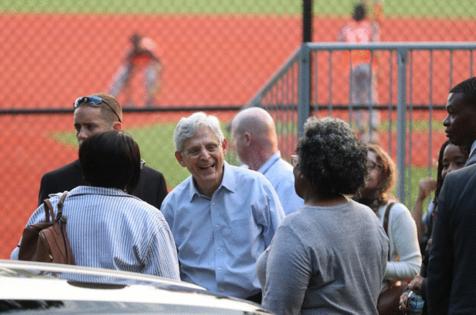 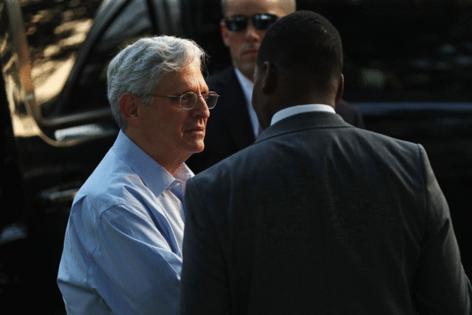 CHICAGO — In the second day of his Chicago visit, U.S. Attorney General Merrick Garland met with top law enforcement officials Friday morning to discuss how they’re going to use a new team of federal agents and local police to curb gun trafficking in a city where gun violence has persisted.

In Chicago, the so-called gun trafficking strike force — a mix of federal agents from the Bureau of Alcohol, Tobacco, Firearms and Explosives and other law enforcement agencies — is among five being formed throughout the country to identify and disrupt pipelines that are responsible for bringing illegal guns onto city streets. Law enforcement officials for years have blamed lax gun laws in neighboring states such as Indiana and Wisconsin that have made it easier for Chicago criminals to obtain guns when they’re not allowed to own them.

President Joe Biden’s administration announced similar strike forces being formed in New York, Los Angeles, the Bay Area/Sacramento Region and Washington, D.C. The teams are the latest strategy in the federal government’s effort to fight gun violence, and Chicago has been a focal point of that fight.

“Violent crime in Chicago is a terrible tragedy,” said Garland, who grew up in north suburban Lincolnwood and graduated from Niles West High School in Skokie. “The federal government has to do everything we can in cooperation with our state and local partners.”

Garland’s Friday remarks were from a conference room inside Dirksen. Reporters were only allowed to listen to his remarks, which lasted only about a minute and a half, before being ushered out of the room. After that, Garland was to privately discuss the nuts and bolts of the Chicago strike force with several top Chicago-area law enforcement officials including Brown, his second-in-command First Deputy Superintendent Eric Carter, U.S. Attorney John Lausch, Illinois State Police Director Brendan Kelly, Chief Leo Schmitz of the Cook County Sheriff’s Police Department, the heads of the Chicago offices for the FBI, U.S. Drug Enforcement Administration and others.

When Garland arrived Thursday, he toured one of the Chicago police’s strategic decision support centers on the West Side. These centers are equipped with big TV screens that show surveillance camera footage, maps and information about crimes in a given area to help police commanders determine where to deploy officers. The centers are also equipped with ShotSpotter gun detection technology.

Garland then visited St. Agatha Catholic Church, not far from the police station, and spoke to members of a violence prevention organization that specializes in mediating gang conflicts and providing support services for people most at risk of being involved in violence, either as a victim or perpetrator. The Biden administration has pushed for $5 billion in funding for these types of organizations.

On Thursday evening, Garland attended a youth baseball game in Columbus Park in the West Side’s Austin community, where he sported one of the team’s bright orange and gray jerseys.

Kelly Smith, a high school teacher in the West Garfield Park neighborhood, spoke briefly with Garland as he was leaving Columbus Park. She hopes his takeaway from his visit is “there’s never harm to make connections” with the community to understand its challenges.

But Smith said, “Anytime you can put a face on the situation that you’re legislating, affecting, making decisions about ... that’s a positive. So, I want to see it happen, I’m all for (Garland) being able to make it happen and I hope he can and make some leeway with respect to that (illegal gun) pipeline.”