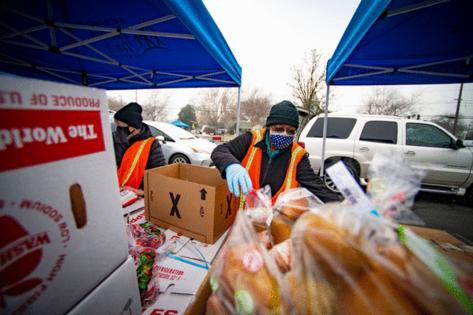 SACRAMENTO, Calif. — The high cost of housing and childcare and the slow growth of workers’ incomes pushed nearly one-third of California households into situations where they struggled to pay for their basic needs, according to a report published Wednesday by United Ways of California.

The nonprofit organization said the report, based on data from 2019, illustrates how far California has to go to address poverty, especially among those who are working.

Nearly all of the households struggling to pay for housing, childcare, health care and food have at least one working adult, according to the report.

“For one in three households in California, even a modest level of financial security remains elusive,” said Pete Manzo, president and CEO of United Ways of California.

The report represents another attempt to measure exactly how many Californians live in poverty.

Although only 12.8% of Californians fell below the federal poverty line in 2018 — $25,500 per year for a family of four as of 2018 — researchers and anti-poverty advocates have said that measure doesn’t adequately examine how many residents are struggling to pay bills.

United Ways of California analyzed household incomes and cost of living measures such as average rent to create a neighborhood-by-neighborhood analysis of who are struggling in California, Manzo said.

The Central Valley, for instance, had the highest rate of those struggling to meet their needs. In Fresno County, 38% of its households fell below what they need to meet their basic needs, at $57,453 for a family of two adults and one infant.

Greater Sacramento region, defined as El Dorado, Placer, Sacramento, Sutter, Yuba and Yolo counties, did better, with only 27% of its households failing to meet their needs.

Latino and Black American households throughout the state were also much more likely to not be able to meet their basic needs than Asian and white Californians. More than 50% of Latino households, for instance, fell into the category, compared to 20% of white and 28% of Asian households.

California did make some progress in helping its residents meet their basic needs. Compared to 2014, 500,000 fewer households were failing to meet their basic needs by 2019, said Henry Gascon, director of program and policy development at United Ways. Gascon said state policies such as higher minimum wage and earned income tax credit could have contributed to the progress.

The report argues that the high cost of housing, stagnant wages and issues with childcare and health care will continue to pose problems for many Californians unless the state takes bolder steps.

“Hard work alone is not enough to get ahead,” United Ways said in its report. “Given that, it would be both hard-hearted and unscientific to expect these families to overcome the odds through heroic efforts alone.”