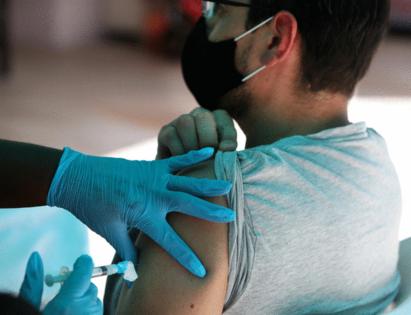 TALLAHASSEE, Fla. — In January, when the coronavirus vaccines were new, Gov. Ron DeSantis was all over the state touting their availability and efficacy.

In the first month of 2021 alone, DeSantis made at least 27 vaccine-related public appearances. He visited vaccination sites, held news conferences and released videos touting the state’s progress in vaccinating seniors. In those early days, Florida ranked consistently as one of the 10 best states at vaccinating its residents.

Since then, the state’s vaccination rates have lagged considerably. As of Thursday, Florida had inoculated enough residents to rank just 22nd among states in vaccination rate, even though the shots are free and now widely available.

The reasons are complex, with some hesitant because of the speed with which the vaccines were produced, others wary of government intervention and potential side effects, and others still who say they don’t have the time to get the shot or take time off from work to recover. The vaccines have proven to be safe and effective and most suffer no serious side effects.

Still, some experts and physicians say DeSantis has not done enough in recent months to urge Floridians to get vaccinated. Although DeSantis has repeatedly touted the safety and efficacy of the coronavirus shots, critics argue he has put the vaccination effort on the back burner at the worst possible time: ahead of Florida’s summer respiratory virus season.

“While hospitals in our state were filling up, DeSantis was shouting about freedom over Fauci-ism,” Dr. Bernard Ashby, a Miami cardiologist, said on a press call Thursday, referring to jabs DeSantis has taken at infectious disease expert Dr. Anthony Fauci. “DeSantis has been bragging about his so-called better approach to the pandemic for months. But look at us now.”

The call where Ashby made his remarks was hosted by the Committee to Protect Health Care, a national organization that was founded as a response to then-President Donald Trump’s promise to repeal the Affordable Care Act, also known as Obamacare. The group has more than 400 members in Florida, according to a spokesperson.

On the call, the doctors suggested DeSantis needed to change his messaging around vaccines. For instance, he should stop taking shots at federal authorities like Fauci and focus instead on improving access to health care for the state’s residents, they said. Expanding Medicaid under the Affordable Care Act could bring some of Florida’s 2.3 million uninsured adults closer to a trusted medical professional who could convince them to get vaccinated, the doctors said.

The Sunshine State is feeling the consequences of its slowing vaccination effort. Hospital systems all over the state are filling once again with largely unvaccinated COVID-19 patients amid a summer case surge. The hospitalized are younger than in past spikes, and even otherwise spry patients are at risk of serious illness when confronted by the virus’ delta variant, local officials say.

DeSantis’ office pushed back on the idea that the governor could be doing more to encourage vaccination. In an email, press secretary Christina Pushaw said Florida sent teams to knock on nearly 1.1 million doors in March, April and May to get the word out about vaccines. Those teams answered people’s questions, distributed pamphlets and emphasized reaching “underserved communities,” she said. The Department of Health is also in the middle of a statewide public service messaging campaign around vaccinations, Pushaw noted.

An Idaho charter school principal and father of seven has died after reportedly contracting COVID-19.

“It is with shock and deep sadness that we announce the passing of Dr. Javier Castaneda,” read a letter Heritage ...Read More

LOS ANGELES — COVID-19 vaccinations are lagging the most in younger Black and Latino residents of Los Angeles County.

Vaccination rates among L.A. County’s Black residents up to age 49 remain below 50%, and among ...Read More

LOS ANGELES — Dozens of anti-vaccination protesters gathered for a rally Saturday in front of Los Angeles City Hall, but unlike previous gatherings no counter-demonstrators turned out and things remained mostly peaceful....Read More

LOS ANGELES — Both of Los Angeles County’s juvenile halls are unsuitable to house young people, a state agency that monitors such facilities has found.

The unanimous vote Thursday by the Board of State and Community ...Read More