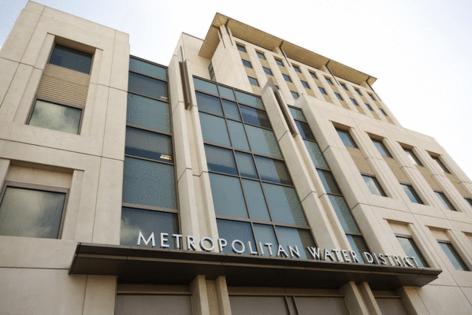 LOS ANGELES — A powerful Southern California water agency accused by some employees of sexual harassment and other workplace violations "generally provides a safe and respectful working environment" for people of color, women and LGBTQ+ workers, a report on the agency concludes.

The review of the Metropolitan Water District of Southern California found no systemic problems in how the agency handles complaints of harassment, racism, retaliation and other alleged discrimination. But it found the agency had not properly responded to such complaints in the past and said some current equity policies are inconsistently applied.

The 67-page review was conducted by the Shaw Law Group, the Sacramento-based firm hired after several employees related personal experiences of alleged harassment at public meetings. The board of directors approved an independent review in November.

A subsequent investigation by the Los Angeles Times found a pattern of complaints among women working in trades positions and enrolled in the trades apprenticeship program, which mostly recruited men. Of the 18 women who worked in trades positions between 2003 and 2019, six filed formal equal employment opportunity complaints, according to district records.

Adel Hagekhalil, the district's recently hired general manager, called the report "the beginning of the healing process." He said he looked forward to discussing its findings and recommendations with board members, labor leaders and employees at the upcoming board meeting.

"I feel this is a good start," Hagekhalil said.

The review highlighted several disturbing complaints, including a worker who talked openly about wanting to "shoot Black people in the head if they're Democrats" as well as "illegals" at the Mexican border. A Black female employee told the law firm's investigators that an older, white man said in a conversation that he'd never been around "Negroes" before.

The report said a manager told investigators he wanted "to see things return to the way things were" when managers could ask job candidates questions such as "Are you married?" and "Are you a Christian?" because he "wanted guys who would fit in."

A white male employee complained to investigators that although other workers formed cultural associations, it would be seen as bad to form a district association exclusively for white people, the report said.

The report found some deficiencies in how the MWD handled investigations of equal employment opportunity complaints, including its reliance on external investigators to interpret district policies, a practice the Shaw Law Group said should end.