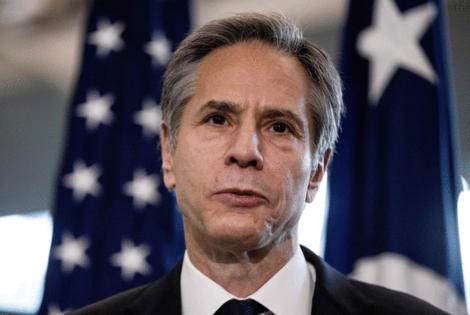 WASHINGTON — The Biden administration named a special envoy to Haiti on Thursday as a new interim government took power and the Caribbean nation prepared to bury its assassinated president, Jovenel Moïse.

Ambassador Daniel Foote, who has served as Deputy Chief of Mission in Haiti and previously as the U.S. Ambassador to Zambia, will “engage with Haitian and international partners to facilitate long-term peace and stability and support efforts to hold free and fair presidential and legislative elections,” State Department spokesman Ned Price said in a statement.

“He will also work with partners to coordinate assistance efforts in several areas, including humanitarian, security, and investigative assistance,” Price added.

Biden’s team has been urging that democratic elections take place this year amid the country’s protracted economic and political crisis, despite concerns within Haiti that gang violence could stifle the vote.

The U.S. government is currently assisting the Haitian National Police’s investigation into Moïse’s murder and has offered broad assistance to the interim government. The Biden administration also delivered 500,000 doses of COVID-19 vaccines to the country last week — Haiti’s first vaccine doses — and says that more are on the way.

But Biden has ruled out sending U.S. troops to the country after the government requested security assistance to secure its ports and election infrastructure in the wake of Moïse’s death.

On Tuesday, Secretary of State Antony Blinken praised the formation of a new interim government under Prime Minister Ariel Henry and repeated his call for elections.

“We remain committed to supporting the Haitian government’s investigation into the assassination of Jovenel Moïse, expanding COVID-19 vaccination efforts, working with the Haitian National Police to promote security and the rule of law, and coordinating with the international community to establish the conditions necessary for Haitians to vote as soon as feasible,” Blinken said.

“We call on all Haitians to work together to maintain peace and will continue to support the Haitian people as they strive to build a stable, prosperous, and democratic country.”