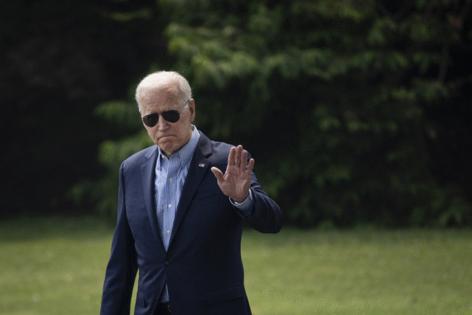 WASHINGTON — The Biden administration’s campaign against COVID-19 misinformation risks falling prey to the same phenomenon it seeks to combat.

As the nation struggles with low vaccination rates in some states, the White House stepped up pressure on social media companies last week to remove content and users promoting falsehoods about the COVID-19 vaccine.

The White House unveiled a set of new recommendations to social media companies to step up enforcement of content standards, Surgeon General Vivek Murthy issued a formal advisory about the health risks of misinformation, and President Joe Biden and others offered stern warnings about the deadly impact of anti-vaccine messages spreading through Facebook and other sites.

“That misinformation is going to kill people. Not a joke. Not a joke,” Biden said Wednesday evening during a CNN town hall in Ohio.

White House press secretary Jen Psaki said last week that 65% of anti-vaccine content originates with just 12 users and that all of these individuals remained active on Facebook despite being banned from other platforms, including ones owned by Facebook.

That statistic comes from a March report by the Washington-based Center for Countering Digital Hate, a nonprofit which analyzed a sample of anti-vaccine content posted on Facebook and Twitter from February 2020 through March 16.

Psaki’s comment set off a new round of misinformation in a microcosm of how quickly inaccuracies can spread.

Fox News’ Peter Doocy asked Psaki how long the White House had “been spying on people’s Facebook profiles,” a characterization quickly rejected by Psaki as “a loaded and inaccurate question.”

Imran Ahmed, the center’s CEO, noted that months before the White House used his organization’s statistic, the report was cited during a March congressional hearing when lawmakers confronted the CEOs of Facebook, Twitter and Google about the proliferation of misinformation on their platform about COVID-19 and the election.

“It is bizarre to claim that collecting the posts published by people with millions of followers who presumably seek to have influence is spying. I might be British but I’m not James Bond,” Ahmed said.