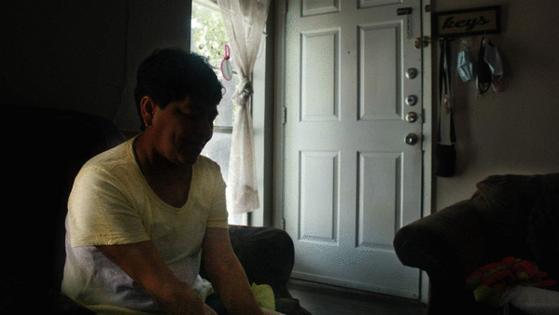 DALLAS — Juana, a 52-year-old Mexican immigrant who has lived in the northwest part of this city for more than a decade, was carefully packing the family photos that had decorated the walls of her one-bedroom apartment when her phone rang.

It was almost 3 p.m. and her landlord had given her until 5 p.m. to pay the nearly $12,000 she owed in back rent. The following morning, the landlord would file a writ of possession with the constable to force Juana and her husband out of the home they’d shared for nearly a quarter of their lives.

“My hands were shaking,” Juana said in Spanish, remembering the moment she picked up her cell phone. She felt hopeful — the call might be an answer to her prayers for emergency aid — but also scared. “I didn’t know where we’d sleep the following night if we were evicted.”

The call was from Sarah Alrubaye, a resettlement services specialist at Catholic Charities of Dallas.

“Please tell me I was approved,” Juana pleaded. “I could hear in her voice that she was happy, so I knew it was good news.”

Alrubaye said the agency would cover Juana’s back rent — in fact, she could come by to get the check whenever she was ready. Juana looked up at the clock. She didn’t own a car, and the bus ride to and from Catholic Charities could take as long as two hours.

“I ran to the bus stop and prayed the whole way,” Juana said.

At least 3.4 million people nationwide are likely to be evicted within weeks, according to a June U.S. Census Bureau survey.

As of May 31, state and local grantees had only provided some $1.5 billion of the $46 billion allocated by Congress for the Emergency Rental Assistance program, according to the U.S. Treasury Department. The program is supposed to help households financially harmed by the pandemic pay their rent and utility bills and prevent a wave of evictions when the federal eviction moratorium ends on July 31.

With time running out, most states and cities are partnering with community organizations to reach hard-hit neighborhoods like Juana’s, where language and tech barriers prevent some renters from accessing aid. Dallas, which received $40 million through the program, partnered with Catholic Charities and 15 other nonprofits, according to Ashley Brundage, executive director of housing stability at United Way of Metropolitan Dallas, another nonprofit working with the city.