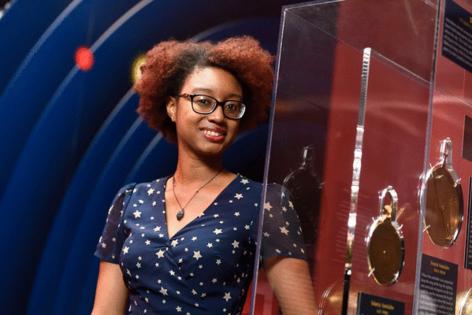 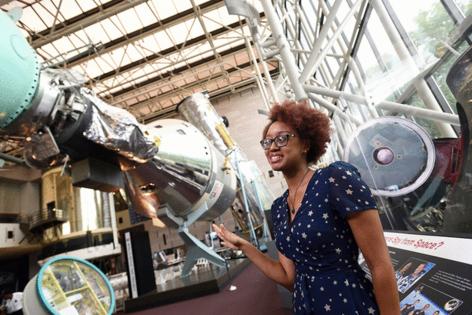 Miché Aaron has always been a high achiever. The 29-year-old is in her third year of a planetary sciences doctoral program at Johns Hopkins University, where she researches minerals found on Mars. She’s a former NASA space grant scholar and hopes to become an astronaut one day.

But last year, Aaron was barely keeping it together — missing classes, late on assignments and struggling to explain that she understood the required material to pass her qualifying exams. Her academic adviser warned that if she didn’t get professional help she would flunk.

“I simply thought I was a lazy student and I needed to try harder,” Aaron said, wiping the tears behind her thick, black-framed glasses.

Then she was diagnosed with attention deficit hyperactivity disorder and it all made sense.

For many Black women like Aaron, finally having that answer comes with both relief and grief after years of suffering and being misunderstood. Already subject to unique discrimination at the intersection of gender and race, Black girls with ADHD often remain undiagnosed because their symptoms are mischaracterized. Signs of inattentiveness or impulsivity, two main features of the disorder, could be mistaken for laziness or defiance. And the longer these girls aren’t diagnosed and treated, the more their problems are likely to worsen as they grow into adults.

While the 2016 National Survey of Children’s Health showed that 6.1 million children ages 2 to 17 in the United States have received a diagnosis for ADHD at some point, millions more adults are estimated to have it, too — either having grown up with a diagnosis or being diagnosed later in life, if at all.

ADHD doesn’t discriminate by gender or race, but white boys are still more likely to be diagnosed and treated for the condition than anyone else. Experts and advocates say this leads to an inequity in care that hurts girls of any background and children of color of any gender.

Over the past few decades, mental health experts and researchers have started to understand how ADHD manifests differently depending on gender, as girls with the condition tend to seem more inattentive and forgetful while boys tend to seem more hyperactive and disruptive. The reasons Black children and ethnic minorities are overlooked range from racial bias in schools and lack of access to care, to stigma and distrust of educators and health providers based on past discrimination.

Paul Morgan, director of the Center for Educational Disparities Research at Penn State, is the lead author of multiple studies showing that the disparities in school start early. By kindergarten, Black children in the U.S. are 70% less likely to receive an ADHD diagnosis than otherwise similar white children.

A 2016 study found that by 10th grade white children are nearly twice as likely to receive a diagnosis for ADHD as Black children. Lead author Dr. Tumaini Rucker Coker, head of general pediatrics at Seattle Children’s Hospital and a top researcher at its Center for Child Health, Behavior and Development, said that, while her study didn’t look at underdiagnosis of Black girls, federal Education Department data shows telling signs of racial and gender discrimination in diagnosing ADHD: Black girls are six times as likely to be suspended from school as white girls.