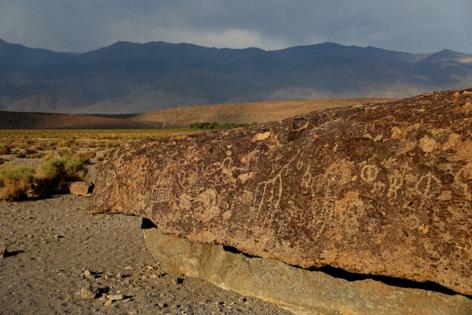 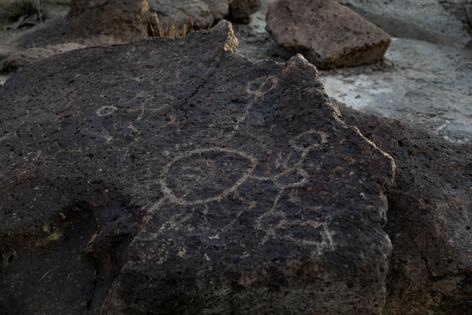 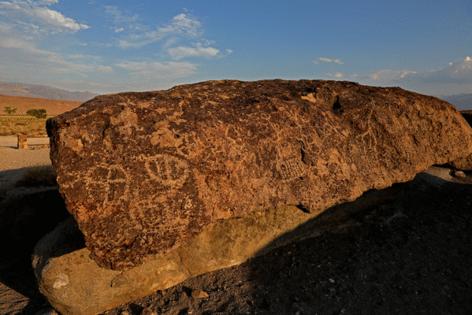 Archeologists know the site as the Volcanic Tablelands, an otherworldly landscape of pink-hued cliffs and terraces shaped by wind, rain and earthquakes. It was also an area where it was not unusual to find looters armed with shovels and saws prowling for anything that could be sold in the illegal antiquities market.

But when Mason arrived at the scene on Earth Day 2017, he determined that the suspicious activity involved a faculty member and students from Caltech, the prestigious private research university in Pasadena known for its strength in science and engineering, and for managing NASA’s Jet Propulsion Laboratory.

Joseph Kirschvink, a professor of geoscience, had used a portable pneumatic drill to extract core samples for paleomagnetic studies, officials said. He drilled into rock face roughly three feet from a petroglyph and left the site riddled with 29 1-inch diameter holes marked with blue paint.

The trouble is, Kirschvink was not authorized to conduct research in the area designated to be of critical concern in California’s eastern Sierra Nevada, and that was the reason he and Caltech came under investigation for violating the Archeological Resources Protection Act.

The site, near Bishop, is administered by the U.S. Bureau of Land Management. The expansive petroglyph site is one of the oldest recorded in the West and easily accessible by road. A placard at a popular viewing site roughly one mile north of where the damage occurred warns visitors that “no person may excavate, remove, damage or otherwise deface any archeological resource.”

It took four years to resolve the case due to delays caused by the pandemic, and the strict requirements and complexities of the agency’s forensic protocol and damage assessment procedures, officials said.

Native Americans, archeologists and federal land managers have long complained that unlawful removal and destruction of artifacts and sacred sites destroy priceless cultural connections, along with scientific data that allow a better understanding of the earliest inhabitants of North America.

An uptick in unauthorized incursions by university professors armed with geology picks and pneumatic drills in recent years has only compounded their frustrations. The area is known for its Bishop tuff — a type of rock formed by super-heated volcanic ash, which is of interest to researchers.

California has the lowest coronavirus rate in the nation

LOS ANGELES — California officially has the lowest coronavirus case rate of any state, federal figures show, underscoring the progress made in the ongoing battle ...Read More

LOS ANGELES — The video was less than nine minutes long, dark, grainy and badly out of focus. But it changed L.A. in ways that were unfathomable and dragged George Holliday into a life he never bargained for.