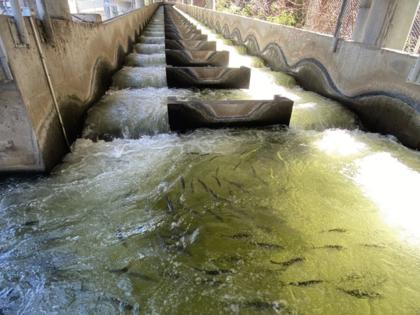 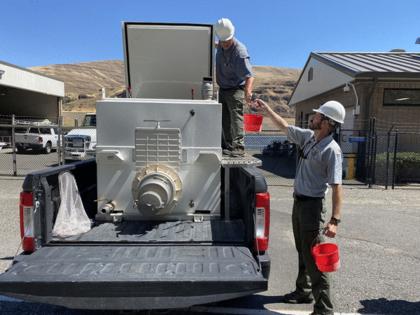 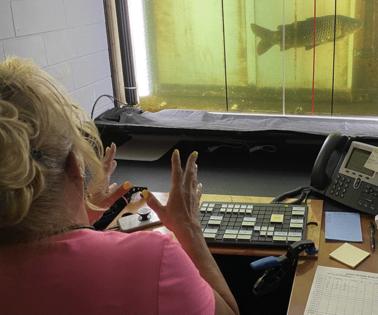 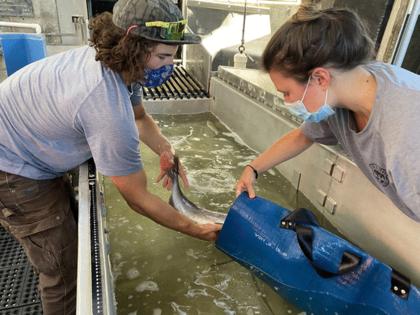 EAGLE, Idaho – The fish shimmied past her underwater office window inside the Lower Granite Dam, solo and in small groups, an endless parade of Chinook salmon, steelhead and shad.

Debby Stallcop observed and counted, dutifully logging each traveler by species with a tap on a specialized keyboard.

Finally, an hour and a half into her shift at the eastern Washington dam, a lime-green fish, nearly 2 feet long with a forked tail, appeared through the glass. Its distinctively large eye seemed to stare back at her.

Stallcop reached for her desk phone and hit a number on speed dial.

"We've got a sockeye," she announced.

More precisely, a Snake River sockeye — a once-abundant fish pushed to the brink of extinction by overfishing, dam construction and climate change.

Billions of dollars have been spent over the last four decades to save Snake River salmon by restoring streams, relocating sea lions and other predators, building hatcheries and helping fish get past dams. But those efforts increasingly look futile.

As heat waves become more common and river temperatures rise, few fish complete the treacherous journey from the Pacific Ocean through eight dams to their spawning grounds in southern Idaho — a 900-mile trip up the Columbia and Snake rivers and their tributaries.

Hoping to avert disaster amid record July heat, the National Oceanic and Atmospheric Administration authorized an emergency plan to help the sockeye skip the final 300 miles of their migration.

A team of government scientists waited about 150 feet upriver from Stallcop beside the Lower Granite's "fish ladder" — a series of artificial streams and pools that provide a path for the sockeye to conquer the final dam on their journey.

The number of U.S. COVID-19 deaths has surpassed the toll of the 1918 influenza pandemic, a milestone many experts say was avoidable after the arrival of vaccines.

BALTIMORE — Pfizer and BioNTech said Monday that their COVID-19 vaccine was safe, well-tolerated and produced a strong immune response in children ages 5 to 11, bringing hope to many parents that their children could ...Read More