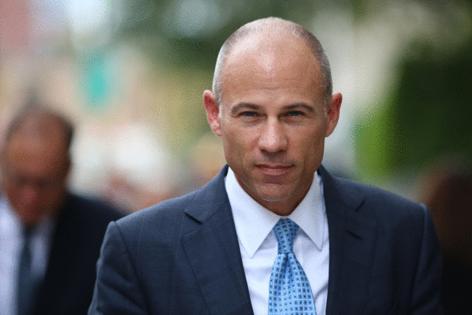 LOS ANGELES — Alexis Gardner was living out of her car in West Hollywood when she hired Los Angeles lawyer Michael Avenatti in 2016 to reach a settlement with her ex-boyfriend, pro basketball player Hassan Whiteside.

Avenatti quickly cut a deal, but prosecutors say he stole Whiteside’s initial $2.75 million payment to Gardner and spent most of it on a private jet.

Avenatti covered up the theft, they say, by telling his client that Whiteside, then with the NBA’s Miami Heat, would send her monthly payments of $16,000 for eight years.

Gardner complained in a text to Avenatti more than a year later that Whiteside had fallen behind with the payments.

The alleged deception was laid out Wednesday by assistant U.S. Attorney Brett Sagel in opening arguments at Avenatti’s fraud trial in Santa Ana. Prosecutors say he embezzled nearly $10 million in settlement funds from Gardner and four other clients.

Avenatti, 50, was sentenced in New York two weeks ago to 30 months in federal prison for trying to extort as much as $25 million from Nike Inc. and for defrauding another client, Gary Franklin, a former coach of a Los Angeles youth basketball program.

In the fourth, in New York federal court, he is charged with stealing from Daniels by skimming money from her deal to write a memoir detailing her alleged sexual tryst with Trump.