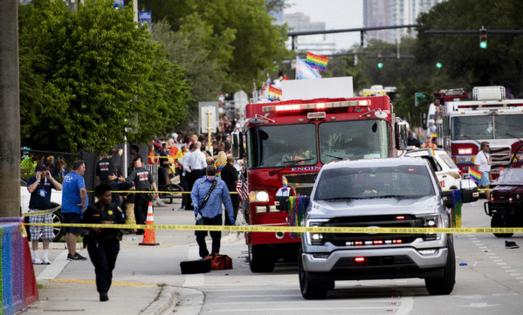 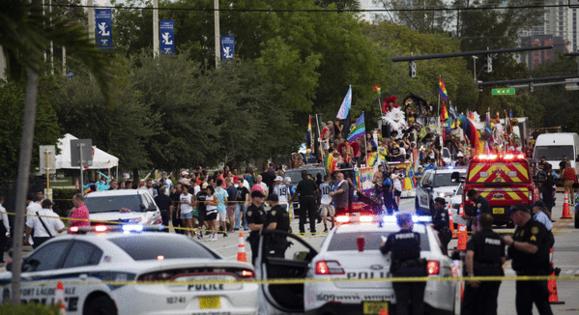 FORT LAUDERDALE, Fla. — One man is dead and another injured after a driver plowed his white pickup through the crowd at the start of an LGBTQ Pride parade Saturday night. The question remains: Was it an intentional act or a horrible accident?

The authorities weren’t saying on Sunday.

Fort Lauderdale police and the FBI are investigating the fatal crash that interrupted the start of the Wilton Manors Stonewall Parade and Festival around 7 p.m. on Saturday.

Police have not released the names of the driver or the men he hit. Both victims were taken to Broward Health Medical Center, where one later died.

The group posted a message on Facebook Sunday morning: “We are deeply saddened by the tragic death and injuries that occurred as a result of an unfortunate accident at the start of the Stonewall Pride Parade. As the Chorus family mourns together, we thank the community for their love and understanding.”

Knight, who was not at the parade, declined to comment further Sunday, a spokesman said.

Michael Albetta, a Fort Lauderdale resident and regional director of the Florida LGBTQ Democratic Caucus, saw it all firsthand.

Albetta was standing next to Mayor Dean Trantalis and Congressman Ted Deutch, D-Fla., at the front of the parade.

“I was about 30 feet away when this vehicle rushed by me,” he said. “He must have been doing 50 mph. All I saw was bodies flying up in the air. One man’s laying on the ground with blood all over the place. And I saw the truck take this one guy through the fence. It was horrific.”