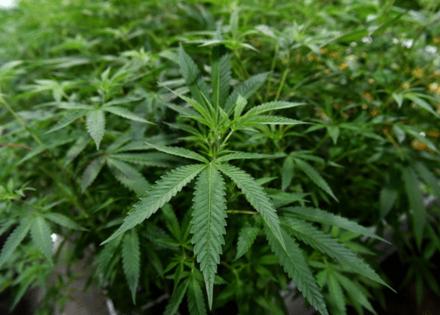 The measure cleared the House by a largely party-line vote of 76-62. Twelve Democrats joined all but one Republican in voting no. The bill could come up for a final vote in the Senate as soon as Thursday.

“Connecticut’s time has finally come,” declared Rep. Steven Stafstrom, a Democrat from Bridgeport, who helped shepherd the bill through the House. “We take the next step as this chamber in recognizing the war on drugs has failed us and the criminalization of cannabis was the wrong course of action for our state and for our nation.”

Rep. Juan Candelaria, a New Haven Democrat who has been advocating for the legalization of cannabis for years, said the bill has one of the nation’s strongest social equity provisions.

“We’re able to repair the wrongs of the past and ensure that these communities who have been disproportionately impacted are made whole,’' Candelaria said.

The sweeping, 300-page bill, which would legalize cannabis for adults 21 and older, contains a number of provisions, from setting limits on THC content to funding programs to address addiction and mental health.

But for many lawmakers, the most vexing part of the legislation is the equity section, which is designed to provide those hurt by the criminalization of cannabis to have an expedited opportunity to enter the potentially lucrative market.

Paul Mounds, Lamont’s chief of staff, said an earlier version of the bill did “not meet the goals laid out during negotiations when it comes to equity and ensuring the wrongs of the past are righted.”

At a briefing before the debate began, House Speaker Matt Ritter said most members of the Democratic caucus are comfortable removing the language Lamont finds objectionable. After all, he said, it was not part of the original bill that lawmakers crafted in coordination with Lamont’s office.

The bill’s equity provision was a key sticking point, but it wasn’t the only issue some lawmakers found objectionable.

AstraZeneca Plc won’t seek a U.S. license for its COVID-19 vaccine until the autumn at the earliest, according to its chief executive officer, falling further behind rivals whose shots secured emergency authorizations.

The company on Monday shared a release announcing the voluntary recall of McCormick Perfect ...Read More

AURORA, Colo. — Fatumo Osman, a 65-year-old Somali refugee who speaks limited English, was in a bind. She made too much money at a meal prep service job so she no longer qualified for Medicaid. But knee pain kept her ...Read More

FALFURRIAS, Texas — A U.S. Customs and Border Protection agent scrutinized video of a dying migrant on her cellphone, trying to match the background to the ranch she was searching for his body last month.

ZHENGZHOU, China — The mayor of this flooded city arrived at the tunnel at midnight. Muddy water poured across the road as workers drained the six-lane-wide underpass. Dozens of onlookers gathered, hoping to glimpse what...Read More