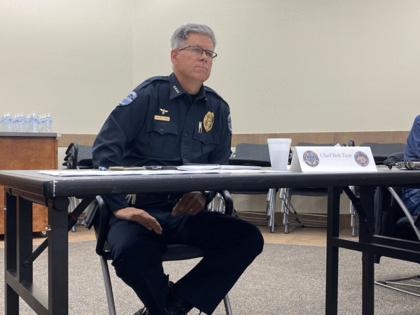 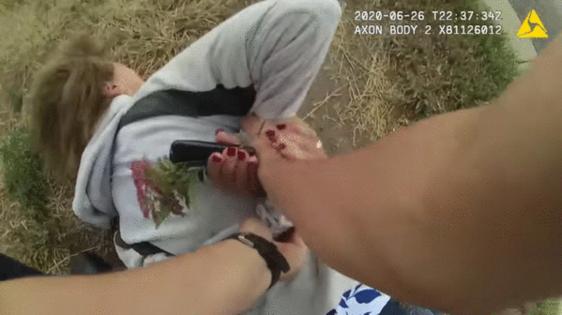 Nearly a year after police officers in Loveland, Colorado, injured an elderly woman with dementia and then laughed at footage of her arrest, two of those officers are facing criminal charges while the rest of the department undergoes additional training. The fallout has drawn national attention to a problem that experts say is widespread across law enforcement agencies: Police often lack the skills to interact with people with mental and physical disabilities.

Last June, a Walmart employee called police after Karen Garner, 73 at the time, tried to leave without paying for $14 worth of items. Soon after, Officer Austin Hopp’s body camera video showed, he pulled over beside her as she walked down a road and wrestled her to the ground in handcuffs after she failed to respond to his questions. Afterward, Garner’s lawyers say, she sat in jail for several hours with a dislocated and fractured shoulder as Hopp and two other officers laughed while watching the bodycam video.

According to a federal complaint, Garner has dementia and also suffers from sensory aphasia, which impairs her ability to understand. Her violent arrest has other elderly people worried about potential encounters with police, Loveland resident June Dreith told Police Chief Robert Ticer during a public meeting last month.

“They are now seriously afraid of the police department,” Dreith said.

Hopp resigned and faces felony charges of assault and attempting to influence a public servant — a charge related to allegations of omissions when reporting the arrest — as well as official misconduct, a misdemeanor. Another officer, Daria Jalali, also resigned and is charged with three misdemeanors: failure to report excessive force, failure to intervene and official misconduct. Neither has entered a plea in court. A third officer, who watched the video with them, resigned but has not been charged.

An independent assessment of the Loveland Police Department by a third-party consultant is underway. The city and involved officers face a federal lawsuit, filed by Garner in April, alleging excessive use of force and violations of the Americans With Disabilities Act.

Ticer declined to be interviewed, but through his public information officer he characterized the Garner incident as a problem with an individual officer, not with the department’s operations.

“Our training currently, in the past and present, is always to make sure our officers are up to speed on as much training as they can on how to interact with people in crisis who may have mental health issues,” Ticer said during the public meeting in May at department headquarters.

Loveland’s police department, like many others, requires officers to be trained to respond to people with mental illness and developmental disabilities. But no national standards exist. That means the amount of training law enforcement officers receive on interacting with disabled people varies widely.

“On the whole, we’re doing terrible,” said Jim Burch, president of the National Police Foundation, a nonprofit organization focused on police research and training. “We have to do much, much better at being able to recognize these types of issues and being more sensitive to them.”