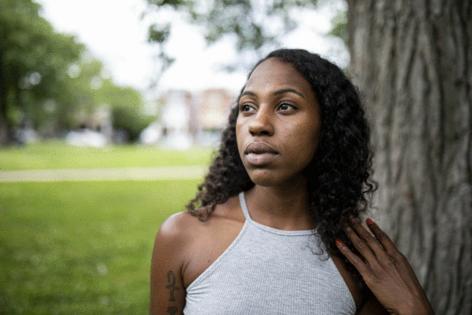 PHILADELPHIA — After the first rape last month, women in Philadelphia’s sex-work and strip-club industries were on edge for days, sharing physical descriptions of the attacker on Instagram and whispering to coworkers to drive home in pairs.

”This is just one of those stories that caught wind,” said a woman who performs under the name BammRose, and founded Stilettos Inc., a Philadelphia sex worker advocacy group. “But being stalked, harassed and sexually assaulted? These are some of the things sex workers experience every day.”

Over four days in May, the same man stalked seven women and sexually assaulted three of them across the city and the suburbs. Police believed he took steps to evade detection, switching out guns and cars, and once posing as a utility worker to gain access to a North Philly apartment building where he robbed and sexually assaulted two women.

But there were mistakes. As investigators across multiple states shared notes about what looked to be a serial rapist and robber, they realized the man at times wore the same clothing: jeans covered in paint splotches, a Supreme branded mask, and a fire-engine red T-shirt with the words: “Legend in the making.”

And ultimately, they say, they were able to link him to the name an Indianapolis detective got in April after scanning fingerprints off a condom wrapper at a crime scene: Kevin Bennett, a 28-year-old who’d spent much of his adult life in jail.

The print wasn’t enough to charge him. And a month later, police say, Bennett was preying on women in Philadelphia.

Court records and interviews with investigators from Mississippi to Philadelphia detail an alleged crime spree staggering in scope, spanning eight states over 50 days, until Bennett was apprehended in late May. He’s a suspect in at least five rapes, three jewelry-store robberies, and a handful of stalking and assault incidents.

Bennett remains jailed in Indiana after pleading not guilty to drug and gun charges last month. Many more counts are expected, and the investigation is active. What’s not yet clear is what prompted the spree, and what drew him to Philadelphia.

Born in Indianapolis, Bennett dropped out of high school after 10th grade and spent most of his 20s incarcerated. After a robbery conviction in 2011, he spent time in disciplinary housing, once pleading guilty to battery after a corrections officer said Bennett threw a cup of urine on him and laughed.