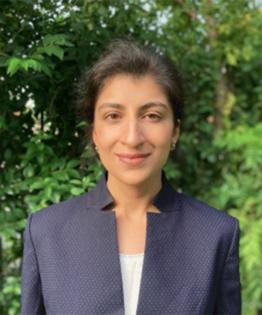 WASHINGTON — Lina Khan rode a bipartisan wave of tech industry skepticism to a Federal Trade Commission seat on Tuesday, giving the five-member commission a third Democratic vote and the opportunity to usher in a new era of more assertive antitrust enforcement.

She was confirmed to the post by a vote of 69 to 28, with two senators absent.

Khan, 32, was a favorite of progressive antitrust advocates, who cheered her nomination by President Joe Biden as a step toward reining in the marketplace power of some of the largest companies in the nation. Over the past few months, she managed to woo lawmakers on both sides of the aisle who are increasingly concerned about tech giants such as Facebook, Twitter, Google and Amazon.

“I believe she is focused on addressing one of the most pressing issues of the day: reining in the big social media platforms,” Sen. Roger Wicker of Mississippi, the top Republican on the Senate Commerce Committee, said last month.

The FTC, an agency that was created as a bulwark against monopolies, has the power to scrutinize mergers, create new guidelines for industry titans and investigate and sue companies. Nevertheless, it has tended to shy away from antitrust enforcement in recent decades — a trend critics like Sarah Miller, executive director of the American Economic Liberties Project, see as a failure to protect competition in the marketplace.

“When it comes to the performance of the antitrust agencies, including the FTC, and particularly when it comes to the tech sector, there’s a relatively broad, if not always broadcasted, consensus that they fell down on the down of the job with catastrophic results,” Miller said.

At times members of the commission have been at odds over what actions the FTC should take, and businesses have benefited from that internal disagreement.

Andrew Gavil, a Howard University law professor and former FTC staffer, said in one recent case the board of 7-Eleven decided to go forward with a $21 billion merger with Speedway convenience stores even though it had not received the FTC’s blessing after several months of discussion.

“Major decisions like whether or not to commence a lawsuit require a majority of the commission,” Gavil said. “Right now, you have two relatively conservative Republicans and two relatively progressive Democrats — it’s kind of deadlocked.”

Commissioners have prioritized consumer protection instead, particularly in the tech industry. Last year, the FTC took aim at Zoom for misleading users about video-conferencing security risks. In 2019, it chastised YouTube and its parent company, Google, for collecting information about children younger than 13.