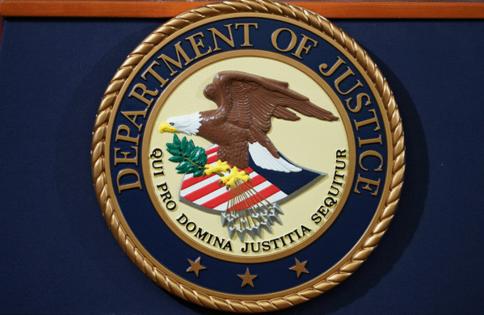 WASHINGTON — The House Judiciary Committee is beginning its own investigation into the Trump-era Justice Department’s surveillance of members of Congress and journalists, while the Senate’s top Republican on Monday characterized the scrutiny as a “witch hunt in the making.”

Rep. Jerrold Nadler, the Judiciary Committee chairman, said Monday night that his panel would be looking into the Justice Department’s actions, including secretly subpoenaing the data of two House Democrats — a move that follows a Senate Judiciary Committee announcement Friday that it would pursue an inquiry.

Nadler, in a statement, said it was “possible that these cases are merely our first glimpse into a coordinated effort” by the administration of President Donald Trump to target his “political opposition.”

“If so, we must learn the full extent of this gross abuse of power, root out the individuals responsible, and hold individuals accountable for their actions,” added Nadler, a New York Democrat.

Senate Judiciary Committee Chairman Dick Durbin and Senate Majority Leader Chuck Schumer had said Friday their chamber would be looking into the matter, and that they wanted testimony from former Attorneys General Bill Barr and Jeff Sessions.

Durbin said Monday that, in his view, Trump appeared to have a channel into the Justice Department to call for information on members of Congress, and even his own White House counsel, Don McGahn.

The New York Times reported over the weekend that the department subpoenaed data from Apple Inc. of McGahn and his wife in 2018. On June 4, McGahn appeared before Nadler’s committee behind closed doors regarding his testimony in special counsel Robert Mueller’s investigation of Russian interference in the 2016 election.

Justice Department Inspector General Michael Horowitz said he is initiating a review of the department’s use of subpoenas to get communications records of lawmakers as well as members of the news media in connection with investigations into leaks.

But Nadler said Monday that Congress can’t wait for the inspector general to share “even his preliminary findings with DOJ, some months or year from now, before Congress contemplates a response.”

“Accordingly, the House Judiciary Committee will investigate the Trump administration’s surveillance of members of Congress, the news media and others,” he said. “I have instructed my staff to begin that work without delay.”

“It’s particularly disappointing that our colleagues have taken to attacking former Attorney General Bill Barr over investigative decisions that predated his time at the Department of Justice,” McConnell said. “Attorney General Barr served our nation with honor and integrity. These latest attempts to tarnish his name bear the telltale signs of a witch hunt in the making.”

Attorney General Merrick Garland announced Monday that he had ordered a review to evaluate and toughen the department’s existing policies and procedures for obtaining records from lawmakers or their staff.

And John Demers, the head of the department’s national security division, will step down next week, marking the departure of a rare holdover from the Trump administration who is now facing questions about what he knew regarding the agency’s subpoenas for data on U.S. lawmakers.

It was known for weeks that he would leave by the end of June, according to an official who spoke on condition of anonymity to discuss a personnel matter. But his departure occurs as the department confronts revelations that the Trump administration issued the secret subpoenas.

Reports of the subpoenas for the lawmakers’ records follows New York Times, CNN and Washington Post reports that the Trump Justice Department had seized or tried to seize phone and other records of their journalists.

Earlier this month, White House press secretary Jen Psaki said in a statement that “the issuing of subpoenas for the records of reporters in leak investigations is not consistent with the president’s policy direction to the department, and the Department of Justice has reconfirmed it will not be used moving forward.”