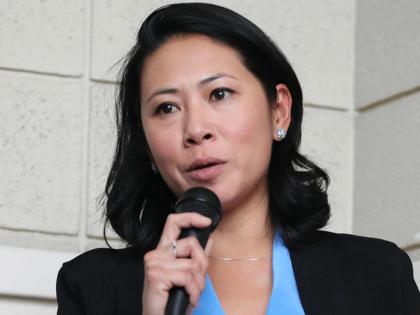 Five House Democrats representing the more moderate end of the caucus threw some doubt on the future of President Joe Biden’s agenda Monday.

The five lawmakers — one more than Speaker Nancy Pelosi‘s margin on party-line floor votes — sent a letter to the speaker arguing to “stabilize” federal debt so that it remains roughly the same share of gross domestic product rather than rising as projected under Biden’s budget proposal.

While the letter signers didn’t explicitly threaten to vote against the big infrastructure, child care and other proposals that are top Democratic priorities, the implication appeared to be that they’d wait to see how the annual budget blueprint shakes out first.

“Congress should pass a budget resolution that, at a minimum, stabilizes the debt as a share of the economy over the next ten years, prior to passing any significant spending or tax legislation,” read the letter to Pelosi, D-Calif. It was signed by Carolyn Bourdeaux of Georgia, Hawaii’s Ed Case, Stephanie Murphy of Florida, Dean Phillips of Minnesota and Oregon’s Kurt Schrader.

Democrats are eyeing the filibuster-proof budget reconciliation process to enact large parts of Biden’s fiscal policy agenda, from infrastructure and clean energy subsidies to free community college and universal preschool. That in turn first requires the House and Senate to agree on a fiscal 2022 budget resolution that includes reconciliation instructions, which top Democrats say is being written with an eye toward action next month.

But writing a budget that stabilizes the growth of the debt and gets the support of both liberal and moderate Democrats will be difficult. And in the House, assuming all Republicans vote against a budget resolution, Democrats can lose no more than four Democratic votes and still adopt the measure.

The letter signers said they support many of the “investments” in infrastructure, education and the health care system Biden has proposed. But they added that the nation “was on an unsustainable fiscal trajectory even before the onset of the COVID-19 pandemic.”

They write that adopting a budget resolution that “stabilizes the national debt would require members of Congress to make tough choices about how to best spend Americans’ hard-earned tax dollars and be thoughtful about targeting resources to where they are most needed.”

Stabilizing the debt-to-GDP ratio typically means halting the continual rise of debt as a share of the economy, allowing the share to remain at a fixed percentage over the projection period.

In fact, even if Congress does not pass any new major spending programs, under current projections of ongoing spending and revenue collections, debt would continue to grow as a share of the economy, according to the Congressional Budget Office.

In a projection earlier this year, the CBO said if current laws generally remain unchanged, debt as a share of the economy will fall slightly from an estimated 102.3% of GDP in fiscal 2021 to slightly less than 101% in 2026 but then resume its growth, reaching 107.2 percent of GDP in 2031.

Four of the five Democrats on the letter — Bourdeaux, Case, Schrader and Murphy — are members of the Blue Dog Coalition, a group of moderate Democrats focused on fiscal constraint. Phillips isn’t a Blue Dog but is a proponent of regular order.

Bourdeaux, a freshman, is among a group of “Frontline” Democrats the party considers vulnerable for reelection in 2022. She beat her Republican opponent in November by less than 3 percentage points, flipping an open seat in Georgia’s 7th District that had been held by retiring Republican Rep. Rob Woodall. Bourdeaux came within 1 percentage point of beating Woodall in 2018.

Republicans’ campaign arm is targeting Bourdeaux, as well as Murphy, Schrader and Phillips. Democrats don’t think the latter three are politically vulnerable, but they hail from swing districts where they need to be mindful of independents and Republican voters.