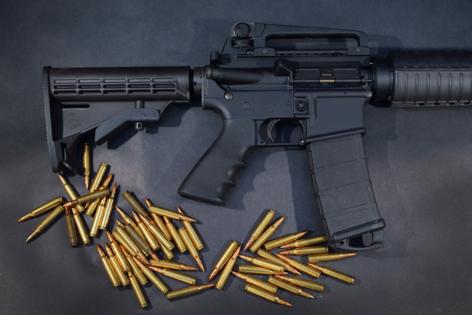 SAN DIEGO — San Diego police are on pace this year to nearly double the number of ghost guns — firearms that are assembled by hand and are usually untraceable — that they impounded last year, according to a new report on the proliferation of such weapons in the city.

And, the report states, the consensus among investigators in the department’s Special Operations Unit is that 90% of the ghost guns San Diego police found were made by “a small group of people” that sell the guns by using social media.

The five-page overview came at the request of Councilwoman Marni von Wilpert, who last month asked Chief David Nisleit for a report on proliferation of such weapons and the enforcement efforts targeting them.

Ghosts guns are firearms assembled by hand from parts that sometimes come in prepackaged kits, which are legal. Because the parts are not classified as guns, they have no serial numbers, making them difficult if not impossible to trace.

The report, which Wilpert released Friday, says most of the ghost guns that San Diego police seized were taken from people whose criminal convictions would prevent them from passing a background check, and from people with mental illness who have been prohibited from having guns.

The report states that the department believes the numbers will continue to go up without legislation targeting the “loopholes” that allow making and buying the guns.

Wilpert said she is working with the City Attorney’s Office “to bring forward an ordinance to close this loophole and keep guns out of the hands of dangerous individuals.”

Ghost gun numbers are on the rise. According to San Diego police, the weapons accounted for 53 of the nearly 2,300 guns they seized in 2018.

Last year, officers impounded 211 ghost guns, close to triple what they found in 2019.