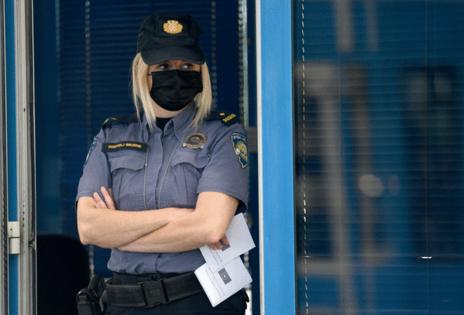 LOS ANGELES – The European Union is about to launch a digital pass system that will let residents prove they have been vaccinated against COVID-19, recovered from the disease or recently tested negative for the virus, allowing them to travel freely among all 27 member nations.

For months, Israelis used a similar digital pass system, showing their vaccination status to enter restaurants, gyms and other venues. Australia has rolled out a digital proof of vaccination certificate, and Japan plans to issue one as soon as this summer.

But don't expect the United States to go that way.

With the federal government unwilling to take the politically charged step of creating or endorsing a universal digital health pass or app, several companies are trying to fill the void. That might mean Americans will need several digital passes, like so many credit cards in a wallet. It could also mean employers, businesses and venue operators will each have to decide which works for them — or might not bother using any at all.

Since the COVID-19 vaccine rollouts began, governments, trade groups and technology companies have offered ways of supplementing the paper vaccine cards issued by clinics and labs with a digital version that can be uploaded to a smartphone and read by a digital reader. The paper cards, approved by the Centers for Disease Control and Prevention, do not include a unique marker, number or QR code, making them easy to forge, experts say.

Some digital passes are already in use or are being tested, but none is expected to be universally accepted across the country like a Social Security card or a passport. Why? The Biden administration has made clear that it won't create or endorse a digital pass, deferring to the private sector. Administration officials have cited concerns over privacy and security if the federal government took a role in the process.

In addition, the U.S. does not have a national database for immunization records that could act as the source of vaccination data for use in digital passes. A national system to create a unique identification number to link the health records of every American has been banned since 1998, spearheaded by then-Rep. Ron Paul (R-Texas), who said such a system would be an unwarranted privacy intrusion.

As a result, health care experts predict Americans are not likely to get one universally accepted digital vaccination pass.

"I think it's stupid and, frankly, ineffective if you need to download five to seven apps," said Nicolas Graf, a professor and associate dean of the New York University School of Professional Studies.

The concept of vaccine proof is not new. Many countries require that travelers carry "yellow cards" verifying inoculation against yellow fever or other diseases. In the U.S., children have long been required to be vaccinated to attend schools and camps.

AURORA, Colo. — Fatumo Osman, a 65-year-old Somali refugee who speaks limited English, was in a bind. She made too much money at a meal prep service job so she no longer qualified for Medicaid. But knee pain kept her ...Read More

FALFURRIAS, Texas — A U.S. Customs and Border Protection agent scrutinized video of a dying migrant on her cellphone, trying to match the background to the ranch she was searching for his body last month.

ZHENGZHOU, China — The mayor of this flooded city arrived at the tunnel at midnight. Muddy water poured across the road as workers drained the six-lane-wide underpass. Dozens of onlookers gathered, hoping to glimpse what...Read More

SAN DIEGO — The tunnel linking a Tijuana warehouse to another in Otay Mesa was equipped with a hydraulic elevator, electric rail cars, lighting, wooden floors and a storeroom.

The Alaska peninsula was rocked late Wednesday night by the strongest earthquake to hit the United States since 1965.

MIAMI — A month after Champlain Towers South in Surfside collapsed on June 24, survivors who have been living in hotels and temporary apartments are now facing a pressing question: Where will they live after their homes ...Read More