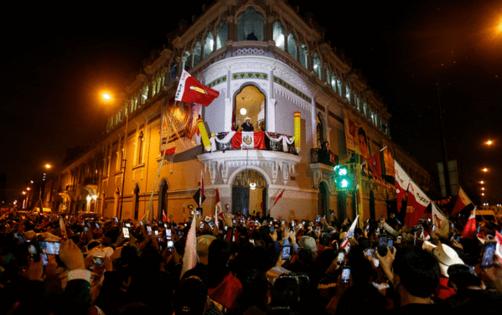 “This is an attempt by the international left to bend popular will,” Fujimori said at a news conference on Saturday, adding that leftist leaders in the region are determined to declare her competitor Pedro Castillo as the winner.

She said that Sagasti, interim president since November, was interfering in the process by calling different political figures, without providing detail.

Still, Fujimori reiterated her promise to accept the results announced by the National Electoral Jury after it settles all requests for annulment of suspicious votes introduced in the past few days.

She said she plans to join her supporters later Saturday in a street rally.

The Organization of American States’ observers published a preliminary report on Friday stating that no “grave irregularities“ had been detected, and that there were substantial improvements between the first of voting in April and the Castillo-Fujimori runoff.

Lawyers for Peru Libre, Castillo’s party, said on Friday that Fujimori hasn’t provided evidence for her claims of irregularities. They accused her of wanting to steal the votes of Peru’s poorest citizens.

Tensions rose on Friday among supporters of both parties as vote counting dragged on, with electoral authorities wavering on the decision to extend the deadline for parties to seek the annulment of suspicious ballots.

People gathered in downtown Lima, outside the headquarters of the National Elections Jury, triggering concerns of potential violence.