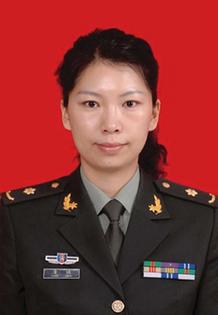 SACRAMENTO, Calif. — As federal prosecutors press forward with cases against Chinese researchers accused of lying about their ties to China's military to gain access to prestigious American universities, the FBI's conduct in two Northern California cases has become a central focus of court proceedings.

Prosecutions involving researchers at the University of California, Davis, and Stanford University now include claims by defense attorneys that FBI agents improperly interviewed their clients without first explaining that they had the right to refuse to answer questions.

Last week in federal court in Sacramento, a judge threw out one of two counts filed against Tang Juan, a visiting cancer researcher at UC Davis who was arrested last year and indicted on charges of lying on her visa application and of lying to two FBI agents who questioned her last June "by falsely stating that she was not a member of the Chinese military."

U.S. District Judge John A. Mendez dismissed the count of lying to the FBI, ruling that "her statements must be suppressed" because the agents violated Tang's Miranda rights by failing to advise her that she did not have to answer their questions and could have ended the 90-minute to two-hour interview at any point.

"At the time of the interview, she had no experience with the American justice system," the judge wrote in a 17-page order. "A reasonable person in her position would not have felt free to terminate the interrogation or to ask the agents to leave."

Prosecutors argued that the two agents never took Tang into custody or prevented her from leaving the 800-square-foot apartment she was planning to move out of that day, and that they were solicitous to the family, with one of the agents speaking in Mandarin.

"Because Tang was not in custody at the time of the interview, she was not advised of her Miranda warnings nor was Tang advised that she was not compelled to speak with the agents or could end the interview at any time...," prosecutors wrote in court filings. "As further evidence that the FBI intended the interview to be non-confrontational, the agents even brought along a toy for Tang's daughter."

During the interview, court papers say Tang admitted she had filled out a visa application denying she served in the Chinese military and "adamantly denied" to the agents that she belonged to the People's Liberation Army Air Force Civilian Cadre, which the government contends "are considered active duty military members."

Sacramento defense attorneys Malcolm Segal and Tom Johnson argued in court filings that the FBI agents "clearly knew and understood that Dr. Tang was a citizen of the People's Republic of China, a country where citizens customarily obey the orders of police and other authorities."

"Dr. Tang had been in the United States for approximately six months and had no knowledge of or experience with the American justice system," they wrote, arguing that she "would not know that she had the right to refuse to answer their questions and that she would obey their commands."